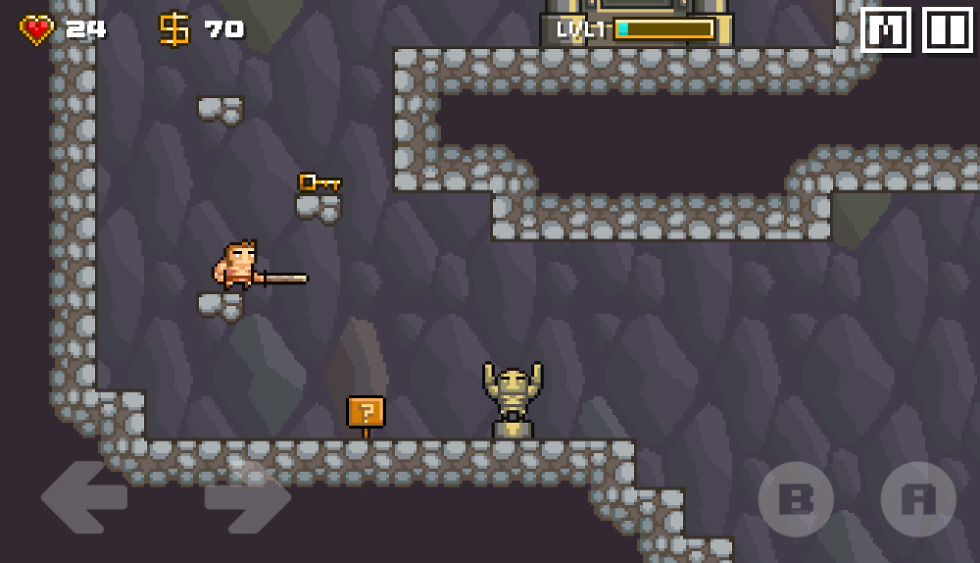 In Devious Dungeon, a fire-breathing dragon is wreaking havoc on a kingdom, and there is only one champion strong enough to bring back peace. That champion, who just so happens to be totally ripped, is you.

In this RPG/platformer title, you play as a knight who starts out as a lowly warrior, only to upgrade yourself to the greatest knight who has ever lived. As you make your way through perilous dungeons, you must fight countless baddies, as well as collect loot to upgrade your weapons, armor, potions, and more. As you make your way through levels, you will find even tougher enemies, as the game features epic boss battles, too.

As for graphics, they are rather cartoonish, but the controls are smooth. The game was produced by Noodlecake Studios, the same folks who brought us Wayward Souls, Punch Quest, and Super Stickman Golf. When it comes to mobile games, they know what they are doing.

For the price of $1.99, plus IAPs (which is weak), there is a lot of game to play, plus a ton of loot to be collected. If a medieval RPG is something you are looking for, here you go.