HTC announced today through one of their product managers on Twitter that the Carrier Unlocked variant of the One (M8) is receiving an update this afternoon, bringing it up to version 2.22.1540.3. The update weighs in at a total of 592MB, which is rather hefty for an update.

As far as what’s new, HTC doesn’t list much. From what is shown, it appears the update includes a few “enhancements” and “bug fixes,” but the main point is that its an update to Android 4.4.3.

Given that Sense 6 covers up most parts of Android, it’s hard to tell exactly what an update to Android 4.4.3 will include. But of course, your device should always be running the newest version available, so if you own this device, go get the update. 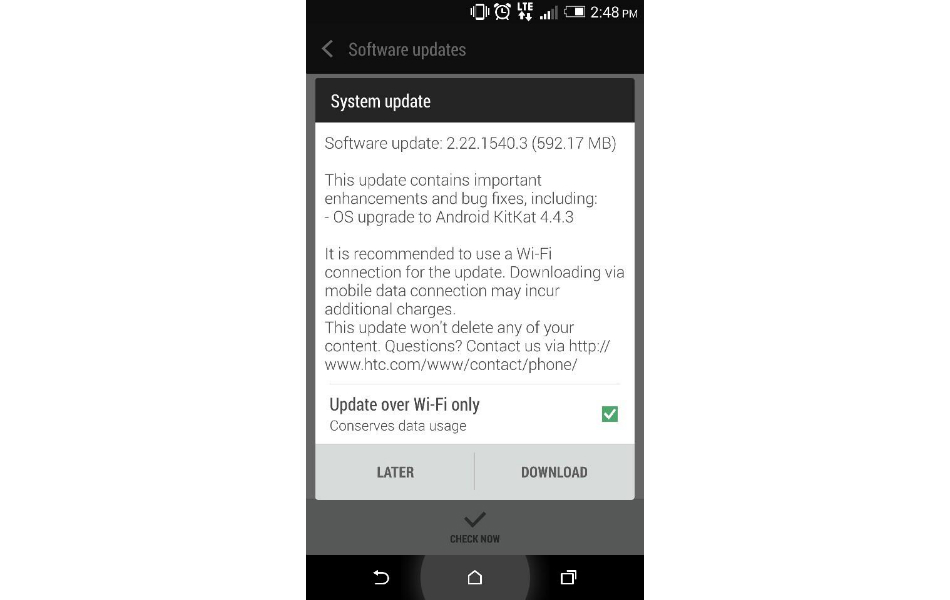