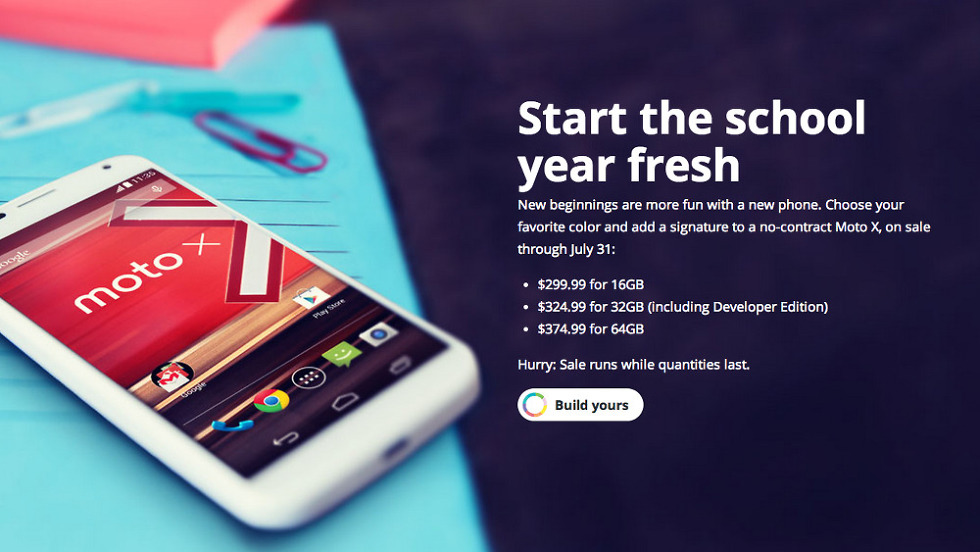 Motorola has extended the deal they ran last weekend for the Moto X, which priced last year’s flagship at $299 (16GB), $325 (32GB), and $375 (64GB). The deal is on starting today and ending July 31, so you have a full week to think about it. Custom designed Moto Xs through MotoMaker are included, as are the Developer Editions.

At this point, though, do you really want a Moto X? The phone is almost a year old and has a replacement on the way that could be here within the next month. That’s not to say that the Moto X isn’t still a capable device, but I can already envision the disappointment should you fork out a few hundred dollars for the 2013 model and then see the 2014 model arrive with all sorts of upgrades.