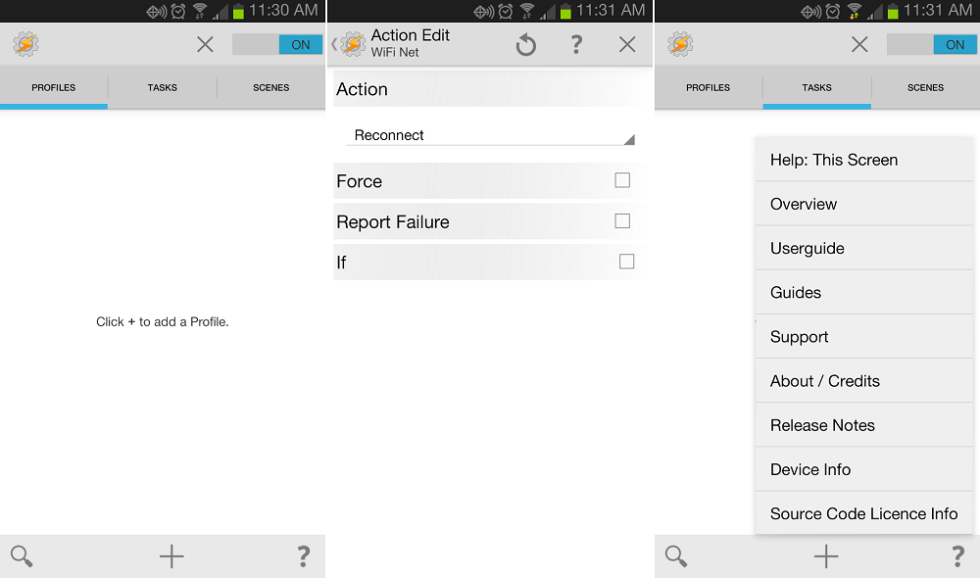 Tasker is one of those indispensable apps you download after Twitter, Facebook, or Instagram. If you want to imbue your smartphone with true synthetic intelligence, it’s an application you can’t live without. And it only keeps getting better for users.

Today, the dedicated developers of Tasker issued an update that adds 33 new features, tweaks a number of behaviors, and squashes more bugs than we can count. It’s mind blowing.

For the uninitiated, Tasker allows you automate things by setting up profiles through an intuitive UI. You can create a task to silence your cellphone when you reach work, for example, or turn on Bluetooth when you’re driving. The learning curve is a bit steep, but Tasker’s possibilities are nearly endless.

As a bonus, one of the most popular plugins for Tasker, AutoVoice, also received a big upgrade today. The headlining new feature is Google Now intercept, which lets you set up commands that seamlessly trigger through Google Voice Search. To get a better idea of how it works, check out this video.

Here are a few of the new features as posted by the developers. If you are ready to download, hit up the Google Play links below.