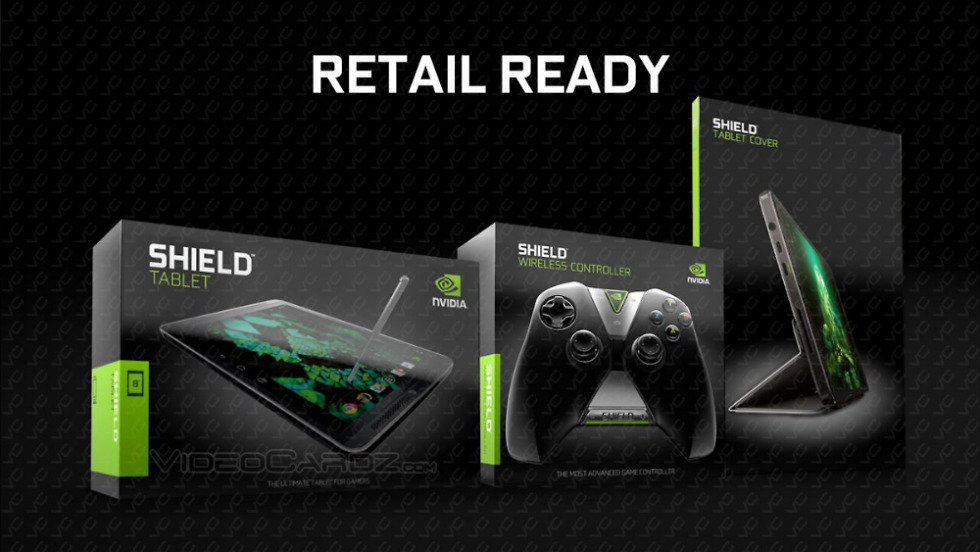 More information is beginning to leak from NVIDIA, as it appears the company has two upcoming product launches, the SHIELD Tablet and SHIELD Controller. Part of a new “SHIELD Family,” these two devices will fit alongside the original SHIELD gaming system, in a lineup of mobile devices built specifically for the hardcore gamers out there.

Slides have leaked with pretty much any information you could ask for regarding the new SHIELD Tablet and Controller. For starters, let’s go over what it looks like we should expect from the SHIELD Tablet.

The device features an 8″ Full HD display (1920 x 1200), Tegra K1 processor with 192 CUDA cores, 2GB of RAM, a DirectStylus as seen in the Tegra Note tablet, 16GB or 32GB of onboard storage, WiFi or WiFi+LTE connectivity depending on the model you purchase, Bluetooth 4.0, microSD slot for up to 128GB of storage, 5MP rear-facing camera, 5MP front-facing camera, will receive OTA updates direct from NVIDIA, and should run Android 4.4+ out of the box. As mentioned, there are two models, one with only WiFi and one with WiFi+LTE. The 16GB WiFi model is priced at $299, while the WiFi+LTE 32GB model is priced at $399. For a luxury tablet specifically built for gaming madness, those prices seem great.

NVIDIA looks to have built a standalone controller as well, most likely intended to connect to your SHIELD Tablet. Specs include WiFi Direct connectivity (should significantly cut back on any lag), a headphone jack and microphone, joysticks, triggers, full D-pad, numbers, and a great looking build quality. We assume it will feel much like a SHIELD controller, but minus the built-in display and could be much slimmer. The SHIELD Controller is priced at just $59.

A slide for availability and pricing leaked, with the SHIELD Tablet and Controller set to go on sale in the US starting July 29. Europeans can pick up the package beginning August 14, while the rest of the world will need to wait until the Fall season.

While the tablet is priced at just $299 (WiFi-only), $399 for WiFi+LTE, and the controller is $59, this seems like quite the little gaming package. Seeing as how this is NVIDIA, you can expect more GRID action (cloud-based gaming), Steam compatibility, and a whole bunch of other goodies. For more details, we will need to wait for NVIDIA to make their official announcement.

What are your thoughts so far? We’d love to hear them below. 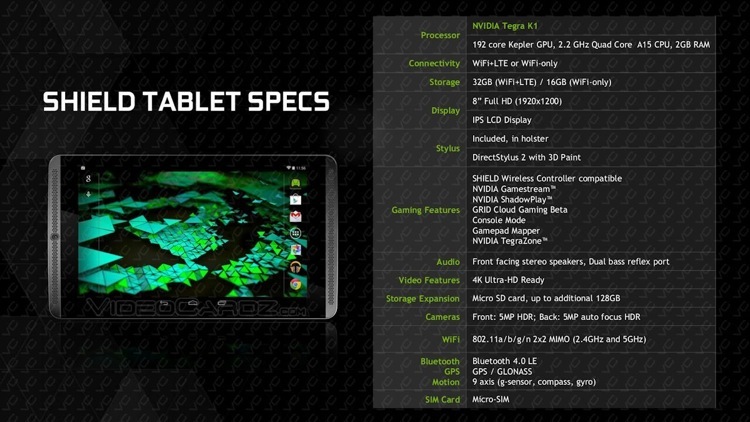 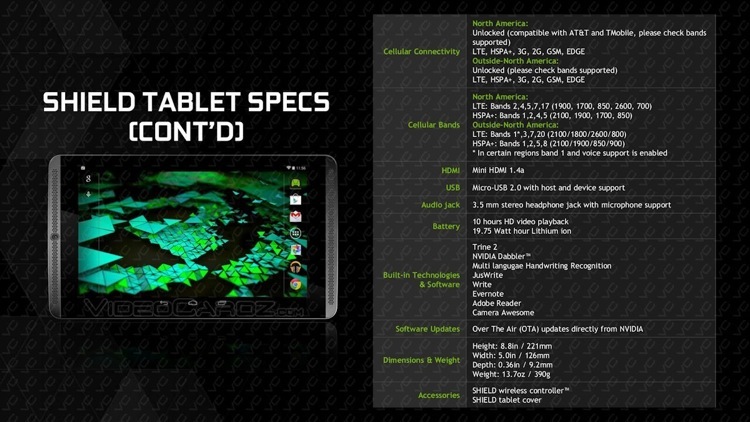 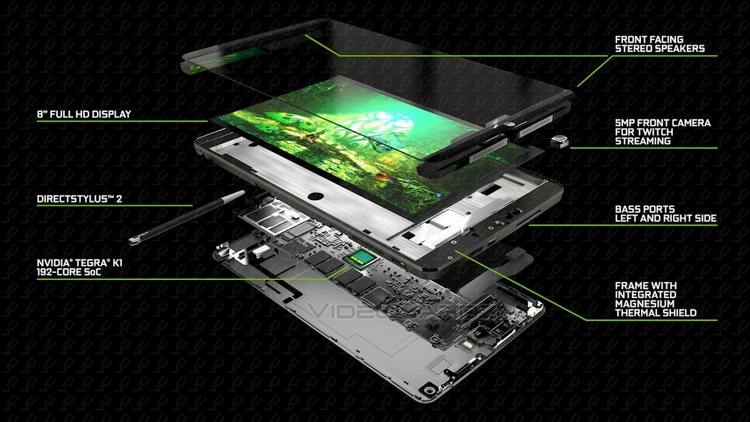 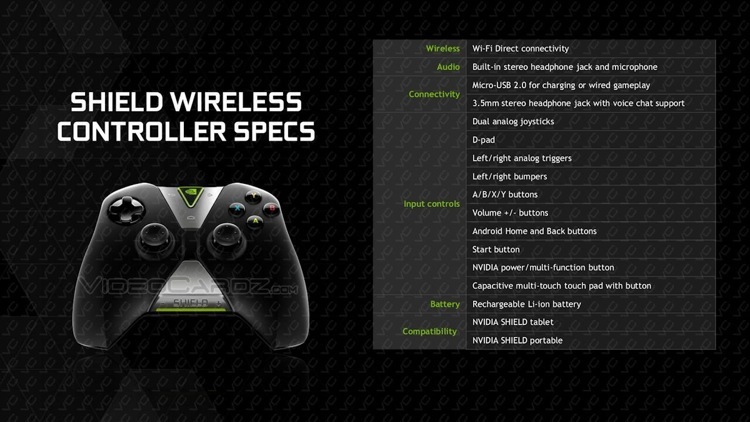 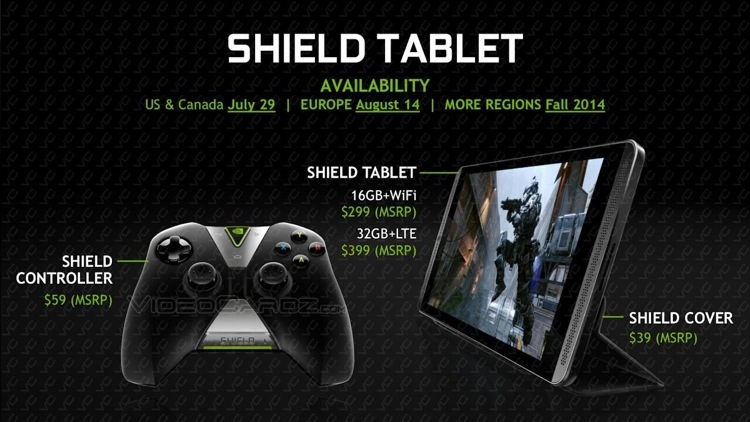