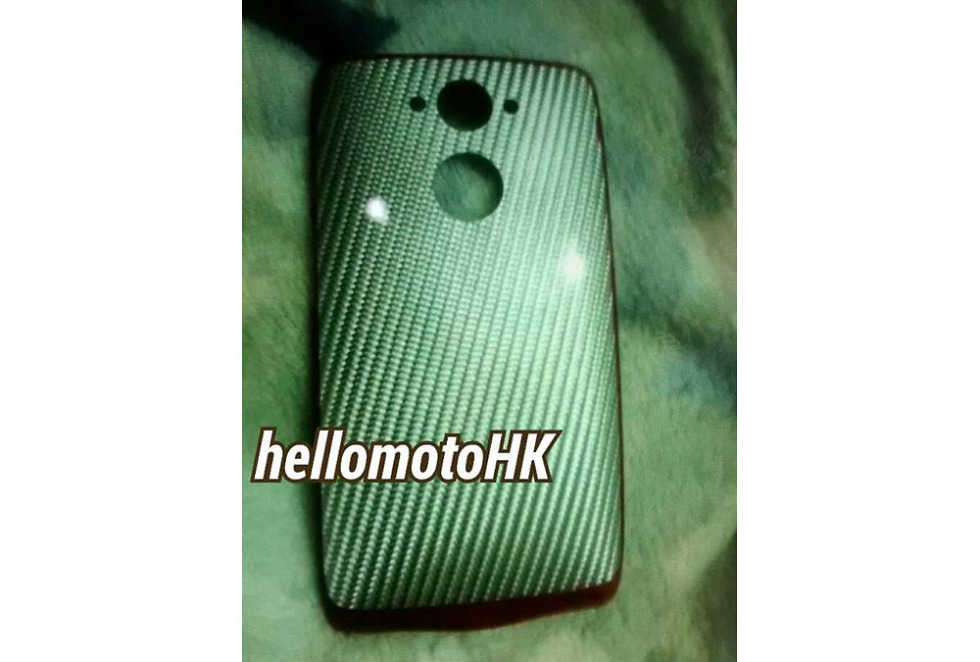 The crew over at HelloMotoHK posted the image above this morning, which looks like the back case for what could be an unreleased Motorola phone. To be more specific, if real, I would peg this for the back casing of a new DROID device. Motorola, as we know from last year, has the exclusive on the DROID brand with Verizon going forward, a brand that tends to use materials like kevlar which is seen here.

So what’s with all of those holes? Well, my guess would be that we are looking at a camera lens hole at the top, centered in between a dual-flash setup. The hole directly below that could just be a slot for a Motorola logo, like we saw on the Moto X. The odd thing there is the dimple on the Moto X was a piece of the back casing, it wasn’t filled by an attachment to the hardware of the phone, if that makes sense.

There were rumors surrounding the Moto X last year, which suggested that the dimple could be used for controlling parts of the phone. Motorola reportedly killed that after testing. Should they have figured out a way to add that touch-sensitivity back to this year’s line of DROIDs and the Moto X, then maybe that bottom hole will be filled by some form of button. I do not see this being an HTC One-esque dual camera setup, if you were wondering.