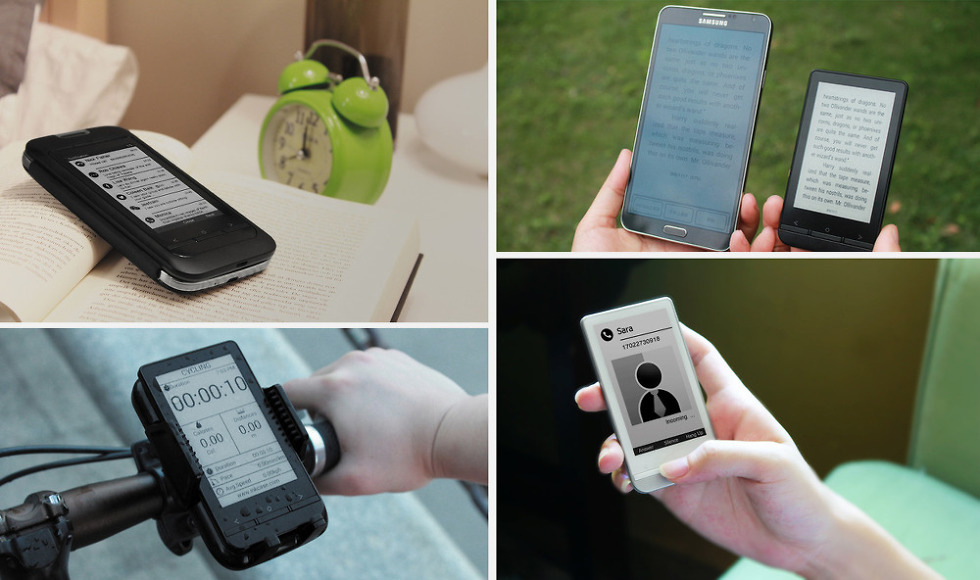 If you could think of a single accessory that would greatly enhance your smartphone experience, is there any chance that you would say, “Give me a secondary e-ink display that I could pair to my phone and attach in a case!” I can’t say that I would, but if the early success of a Kickstarter campaign for a product called the InkCase Plus is any indicator, maybe many of you would. The InkCase Plus went live yesterday on the crowd-funding site with a $100,000 goal. In less than a day, it eclipsed that goal and seems to be picking up even more steam.

So what is the InkCase Plus? Well, it is like I described – a secondary e-ink display that you pair with your phone to help reduce battery strain, while still being able to perform a number of tasks. You could use this secondary e-ink display to see directions, read a book, look at recently taken photos, accept calls, read emails, via workout activities, pull up a boarding pass, etc. without ever turning on the power-hungry color display of your phone. The e-ink display included in InkCase Plus can be used as a stand-alone device or as a part of a case that appears to only work with the Galaxy S5 at this time.

Assuming it works well, the e-ink display in the InkCase Plus could last up to 19 hours with steady always-on use, or 7 days on standby. If you could find uses for it that would take some of the strain away from your actual phone, it could have potential. Let’s just hope that it isn’t as thick as it looks in promo imagery.

Sound interesting? Give the intro video below a look and then decide if you want to be a part of the campaign. You can get into an InkCase Plus for as little as $79, with an expected fulfillment date of October 2014.