On Monday, we opened up Volume 21 of the DL Q&A Sessions, allowing our beautiful community to ask us anything that they would like to know. A lot of questions focused heavily on Android Wear and Android L, so we tried our best to cover those topics.

Questions also concerned LeBron’s choice to leave Miami, which phone we would want to have during an apocalypse, and if we want to see Michael Bay’s take on TMNT.

We have placed our answers to your questions below for your reading pleasure. Thanks to everyone who asked a question!

Reminder: T is Tim, R is Ron, and E is Eric. Kellen’s answers will be added when they are made available.

Are you at all interested to see Michael Bay’s Teenage Mutant Ninja Turtles?

T: After seeing Michael walk off stage at CES, I don’t think I want to support him anymore. Plus, the movie looks like crap. Have you looked at their faces? I mean, come on! Compared to the first live action movie that was released when I was a kid, this doesn’t look interesting whatsoever. Sorry, folks.

R:  Considering I’m a huge comic nerd and I didn’t see Amazing Spider-Man 2, Captain America: Winter Soldier, or X-Men Days of Future Past in theaters, I’d say probably not. I might watch it if it comes to Netflix. I grew up with the original trilogy and I imagine I’ll still consider it superior despite its many flaws.

E:  Only for the use of putting it side-by-side with the Megan Fox Transformers movies to see how exactly similar they look to one another. 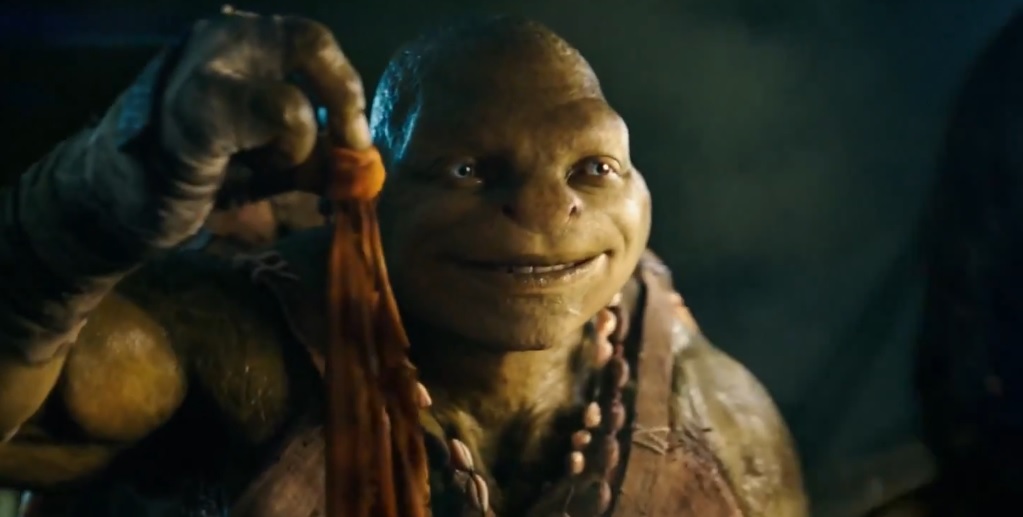 Do you think watch companies like Seiko, Casio and others will implement Android Wear?

T:  I welcome any watch maker who thinks they have what it takes to stand up against Samsung and other phone manufacturers in this field. I’m guessing that it isn’t cheap to create these Android Wear products, but if they do it right, it could be very successful. People love their Casio and Seiko watches (Ron included), so that would be neat. But don’t worry, I only care about the Moto 360.

R:  I suppose it’s possible, but at this point making an Android Wear device is probably closer to designing and building a phone than it is a watch. I wouldn’t be surprised if HTC or someone else released a device that was “designed” by Seiko or someone, but I wouldn’t expect them to make the whole widget.

E:  I think it really depends on how well Android Wear takes off. We had lots of similar questions when Google TV first launched, wondering if more TV and cable manufacturers would get in on the game once it leveled out, but it never did. If people start snatching up Moto 360’s at premium prices and speaking highly of them, we could definitely see some forward-thinking watch makers get in the game.

What are your favorite phone accessories?

T:  This may surprise you, but I don’t ever use accessories. No cases, no covers, no nada. If anything, the only thing I would ever use as an accessory is a smartwatch, but I don’t really label that as a standalone accessory. I used to utilize bigger batteries back in the day when Android phones sucked, but now I don’t need that stuff.

R:  The only accessory I use on my phone occasionally is the headphones, and they aren’t amazing. I used to really like having different cases (I had this awesome Spidey case on my 4S for a while), but I’ve seen stopped using them. I’ve sometimes thought about applying stickers, but I’ve never had something I really wanted to stick onto my phone forever.

E:  Does Android Wear count as an accessory for your phone? I’d have to say that, or smartwatches, fitness bands in general. I love my FitBit and am really anxious to get my hands on Android Wear at some point.

Thoughts on LeBron James going back to Cleveland?

T: Clearly the man has zero loyalty. Ring chaser, plain and simple. Can’t blame him, though. He wants to go down as the greatest to ever play, and the only way to do that is to win rings. We shall see! Either way, I’m a KD man all day everyday.

E:  As soon as LeBron kept his mouth shut and didn’t say “let’s get a deal done for me to stay in Miami” I knew he was going home. I think it’s good for him and good for the game. He’s still the best player in the league, but I don’t know if they should be favorited to win the championship like Vegas says. We should all just sit back and appreciate what LeBron can do on the court and leave the drama to the side. This is coming from a Pacers fan who likely would have had his team in the Finals the past two years if LeBron wasn’t around.

Because Android Wear is still a young platform, would you advise consumers to wait a bit before purchase an Android Wear smartwatch? Maybe until a new version is released?

T:  Android Wear might be young, but so far, it still kicks ass. The way I see it, if it’s already this good, then it’s only going to get better. While I may not care too much for either the Gear Live or G Watch, I am hoping the Moto 360 will make me want to never put Android Wear down. It shows me notifications when I need, allows me to interact effortlessly with my phone, and I’ve been impressed since day one. That’s not easy to do. I would say, if you like what you see so far from Android Wear, go for it!

R:  If by “still a young platform” you mean “only does a handful of things better than the Pebble,” then I’d say yes, you should wait. If you want to manage notifications and mark emails as read from your wrist, then I’d say wait for the Moto 360 and have fun. All I can say is that I stopped using my Pebble and I don’t miss it. For the first week I missed being able to control my music in the car from my wrist, but having a nicer car with bluetooth would also solve that problem. The truth is, no one really knows what the wrist space should be used for. I threw out some ideas a year ago that we still haven’t seen, but even with those I don’t think there’s a clear use case. I don’t think we’ve seen our iPhone moment with smartwatches (and that doesn’t mean I think Apple will get this right; I don’t know if anyone can). The modern smartphone was all about having the full Internet in your pocket (and eventually apps). What should the smartwatch be about, if anything?

E:  I would suggest waiting until the Moto 360 comes out and see how the public reacts to that. Everything we have seen points to the 360 being a very very good device, but it will be the pivotal point for Android Wear. If the Moto watch is done well, you can expect Android Wear to take off, but if it falters, the platform might be in trouble.

If you had to pick one device to survive an Apocalypse, which one would you choose?

T:  Well, by device do we have to pick a smartphone? I think a machine gun could be a device of sorts, but if we are talking phones, I guess I would go with the G3. Zombies would be mesmerized by the QHD display, and I could take awesome pictures of the undead with the 13MP rear-facing camera to put on Instagram. Yeah, definitely the G3.

R:  I can’t think of any “device” that would be helpful for surviving an apocalypse. If I had to grab one device of some kind it would probably be my mom’s old Yashica MG-1. Then I could maybe document something without cell service or electricity. Unless my dog Barnaby counts as a device; then I would take him.

E:  The OG DROID with me until the end.

What phone/OEM do you feel will be the most talked about by the end of 2014?

T:  I will say either LG or Motorola. We still have yet to see what Moto is working on for a 2014 flagship, but so far, LG has blown me away with the G3 release. People seem to love that phone. It definitely impresses me more so than the Galaxy S5, so as long as we can all stop talking about Samsung a little bit, I’ll be happy.

R:  I think it’s going to be about Samsung still this year. Even though most people weren’t impressed with the GS5, I think it’s the best all-around device we’ve seen this year. It’s possible that Motorola will surprise us, but I’m having doubts that they’ll be able to innovate like they did last year.

E:  LG is making some serious moves right now with Samsung trying to find their footing. I think they might steal some of big brother’s thunder if they keep doing the right things.

Up to how much are you willing to pay for a Moto 360 when released?

E:  It depends on the build quality. If Motorola puts the time and effort into making a premium watch, then I’d be willing to pay a premium price. I think they deserve that for their efforts. The reality of the situation though is that I’m still a freshly graduated writer, so that would only happen if I had an influx of money to spend.