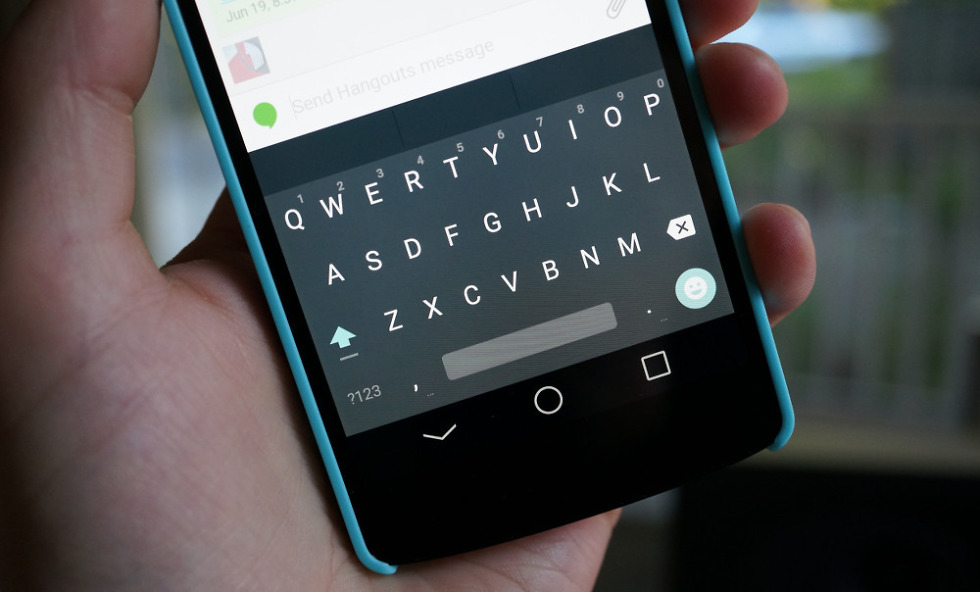 Don’t own a Nexus 5 or Nexus 7 (2013) but still want to taste some of the Android L Developer Preview? Feel free to start with the keyboard that has been pulled from the preview and repackaged as a stand-alone app that can be installed via Google Play. This is the newly skinned version of the Google Keyboard that I would imagine will see an update for all from Google through Google Play at some point soon any way, but this is your chance to test it now.

I have been using Android L and this new keyboard on the Nexus 5 all weekend and wouldn’t necessarily say that it is substantially different from the current version available from Google, it just looks prettier. In fact, the Google Keyboard on Google Play currently sits at version 3.0.19423 and the version in Android L is 3.1.20003.

It is newly skinned, though, as I just mentioned. It’s pretty. It is simple. It works well. The Google Keyboard has grown into one of my favorites over the last couple of years thanks to its predictions, swipe-style input, and ability to understand your blind-typing. Go give it a shot!

To get the keyboard up and running on your device, install via the link below, find the app in your app drawer, tap on it and follow the instructions.