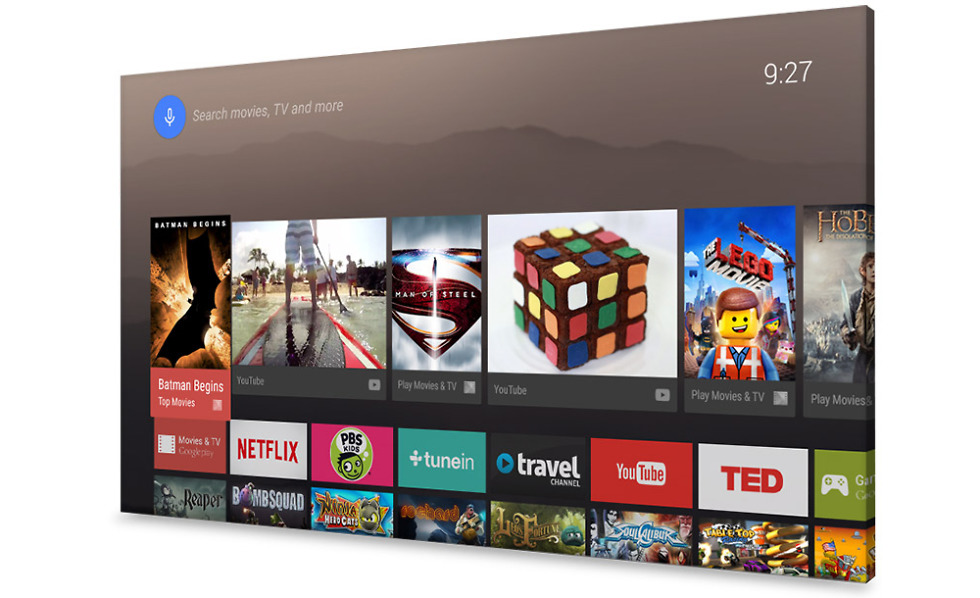 While Google TV and its many iterations built into TVs and set-top boxes never quite flourished as Eric Schmidt once intended, Google announced the new Android TV platform this morning at Google I/O. With Android TV, which is essentially a rebranded and retooled version of Google TV, users can play games, watch shows and TV, and speak directly to their TVs to find what they are looking for.

Users can control Android TV with either a remote, gaming controller, or by using an Android TV app on their Android devices. For now, Android TV has a very healthy list of content providers, given that you have full access to Google Play. With that access, you can download your favorite content apps, such as Netflix, Hulu Plus, YouTube, and plenty more.

With the gaming controller, which Google is showcasing here at Google I/O, gamers can have plenty of fun on Android TV. With access to Google Play, you can play any title you currently play on your Android device, right on your TV. While not all apps are completely optimized for the platform, developers will surely begin work on making sure Android TV owners can take full advantage of this.

Android TV is set to be built into TVs and set-top boxes, which will launch later this year, some time in the Fall.

Do you think Android TV has a brighter future than that of Google TV?