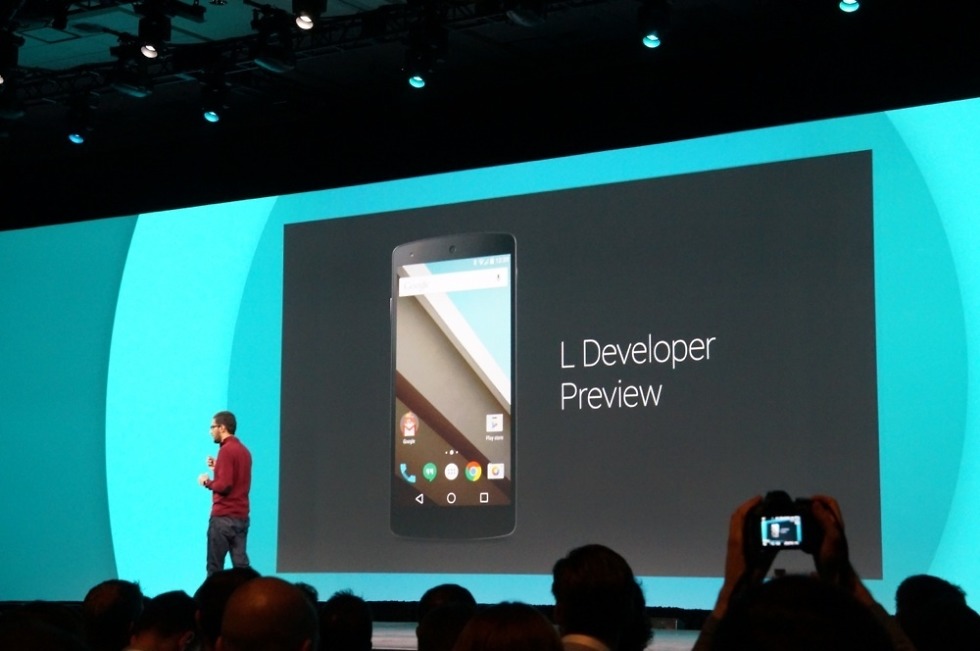 As expected, Google previewed the next major release of Android at today’s I/O keynote. Dubbed the “L” release, it’s a fundamental redesign of Android brimming with new features.

Let’s take a look at some of the announcements below.

The big buzzword was “material design.” In theory, that means new transition animations within and between apps, virtual light sources that cast realtime shadows behind objects, and colorized UI elements. In practice, it means a much more polished aesthetic that feels light years ahead of even KitKat.

If extendability were a word, it would describe L’s design language perfectly. Part of the goal, Google design guru Matias Duarte explained, was to enable developers to easily and logically bring apps to multiple platforms. “Grid,” one of the pedestals of the new aesthetic, will automate much of that process, appropriately adapting the UI for the form factor. Ideally, apps across mobile, desktop, and tablet will look and function consistently. 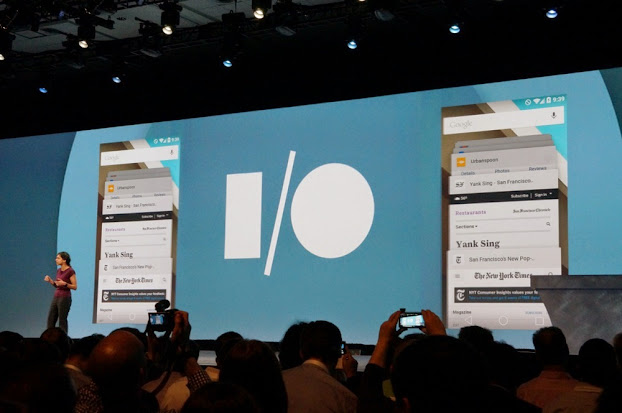 The changes don’t stop at the ecosystem level. The new Recents UI is card-like, using the L release’s shadowing and depth to great effect. The new functionality is impressive – Chrome tabs automagically slot into the list of recent activities.

Notifications also received some much-needed love. All notifications are now actionable on the lockscreen – you can interact with them without unlocking your phone or tablet – and can be manipulated with a double tap. Some notifications can now interrupt you. Taking a cue from Apple’s playbook, notifications designated as “urgent” slide down from the top of the screen, and can be dismissed with a swipe.

Personal unlocking, part of Google’s bid to eliminate barriers to content, unlocks your phone when in a “secure” state. If you’re wearing a Bluetooth smartwatch that’s paired to your device, for example, your phone will unlock without the need for a PIN or password. Disabling Bluetooth or leaving the watch at home will re-enable security. But personal unlocking’s intelligence apparently extends beyond Bluetooth – it’ll leverage wireless and even things like voiceprint to make unlocking your device less of a hassle.

Other additions in the Android L release include a more refined Roboto font, awesome new animations, and a bunch of little enhancements like redesigned navigation keys, a new keyboard UI, and quick settings menu.

Big fluidity improvements are in tow with the Android L release. As rumored, a finalized version of ART will become the default runtime, which translates to fewer app stutters and 2x performance in some cases.

Project Volta is an initiative aimed at improving battery life across the board. It’s more than rhetoric – with a new battery saver setting, Google was apparently able to extend the Nexus 5’s life by 90 minutes. Volta also introduces Battery Historian, a tool for developers that sheds greater light on how apps are using sensors and hardware. 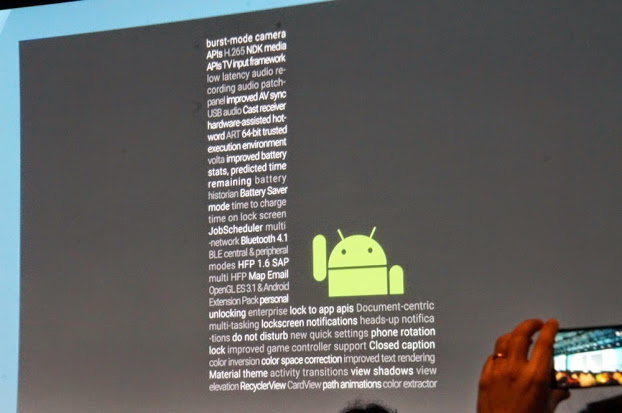 Google said the Android L release is their “biggest to date,” and they weren’t kidding – we’re still sifting through the many new features introduced onstage at I/O. Preview software will be made available to the Nexus 5 and Nexus 7 tomorrow morning, so we’ll be diving deeper into L very soon.