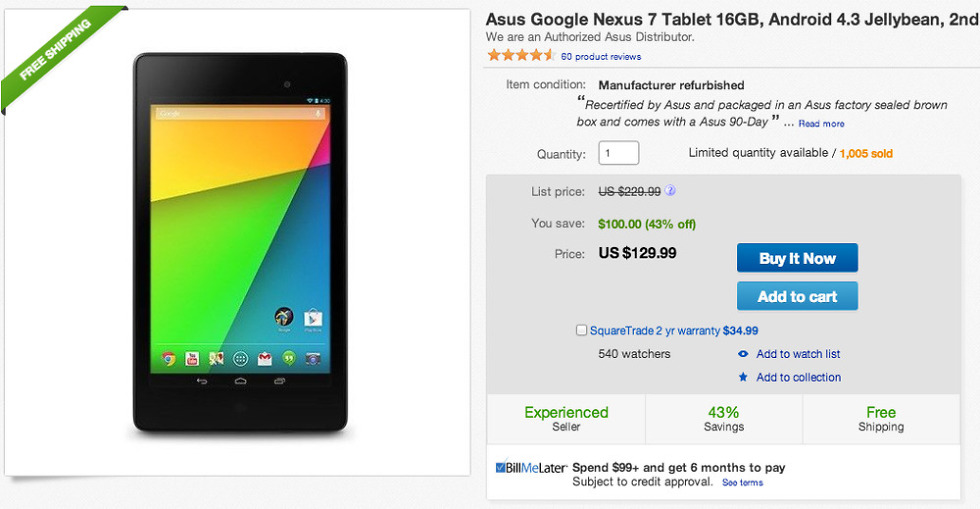 We are quickly approaching the 1-year anniversary of the launch of the Nexus 7 (2013). We have no idea if a new 2014 model will replace it, so if you don’t feel like waiting for Google to make that decision or announcement, take a look at today’s deal on the current model through eBay.