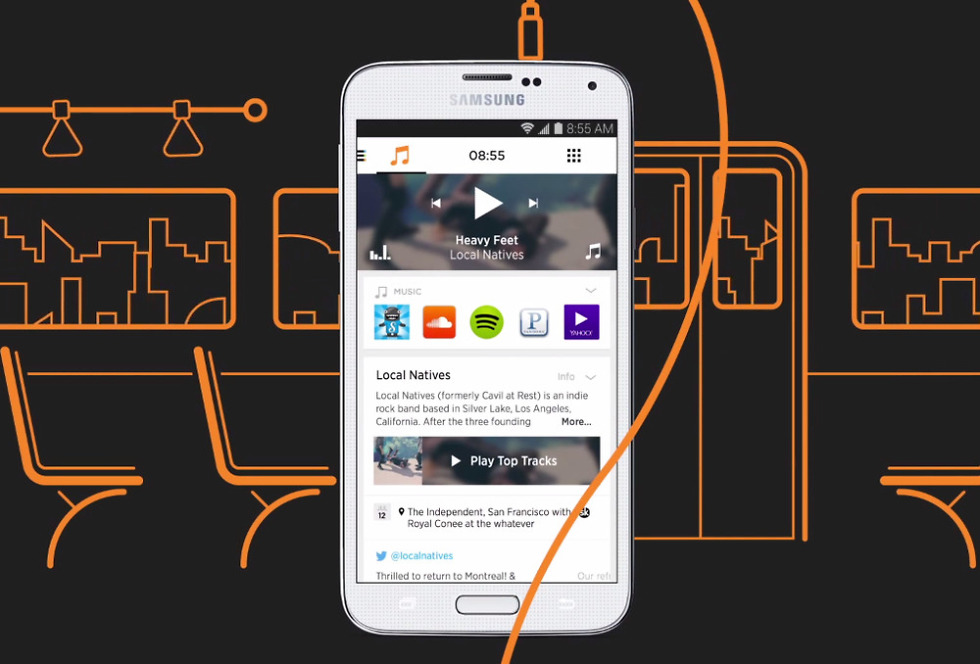 Aviate is alive and well, in case you were wondering. The third party launcher that was acquired by Yahoo at the beginning of the year, became open to all while receiving a new name and major update today, to show the world that Yahoo plans to keep the app around for the foreseeable future.

For those new to Aviate – which is officially called Yahoo Aviate going forward – this is indeed a third party launcher, but it’s different than most in that it tries to provide you with smart setups to simplify your life. It automatically and “intelligently” organizes your phone by trying to give you the information you need when you need it most. It puts together apps by type, recommends other apps you might like, shows things like dinner tips when you are out, brings up music apps if you plug in headphones, and has all of your work stuff available when you arrive at the office.

Thanks to this newest update, Aviate will now tell you how to dress should the weather change dramatically from one day to the next, track your sleep, give you shortcuts for things like conference calls, and estimate commute times. It also pulls in your favorite contacts into a fancy new, hidden screen that is accessed via swipe up on the home screen.

But maybe most importantly, Aviate is now open to all. Up until today, Aviate was in closed beta, so the only way you could play with it was if you had an invite. If you have yet to give Aviate some run, now is your chance.