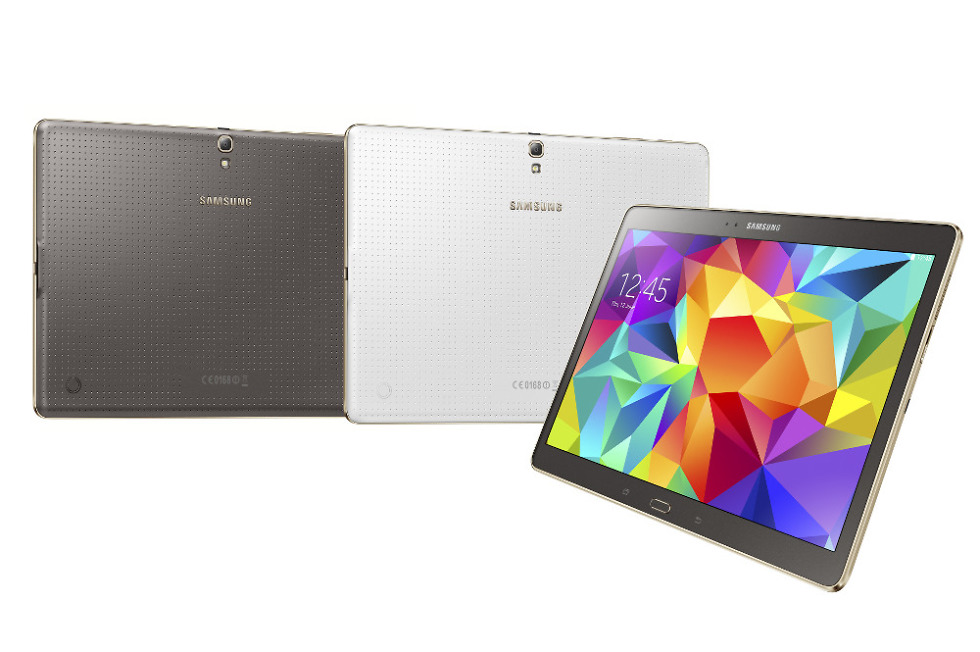 Strangely absent from Samsung’s Galaxy Tab S press conference was a concrete US release date. Thankfully, if you are eager to get your hands on one of the company’s new high-end tablets, you won’t have to wait much longer. The Korea-based company announced that the Wi-Fi variants of the tablets will go on sale next week, starting June 27.

The Tab S 8.4 and Tab S 10.5 will retail at $399.99 and $499.99, respectively. They will come in two colors: dazzling white and titanium bronze. As with the Galaxy S5 and Gear 2, both are available to test drive in select Best Buy stores – after which, of course, they can be preordered. Full specs for each tablet can be found here, along with our hands-on here.

Samsung was mum on when to expect the cellular models of the Galaxy Tab S, but did reaffirm they will be compatible with LTE on all four major carriers (AT&T, Sprint, T-Mobile, and Verizon).