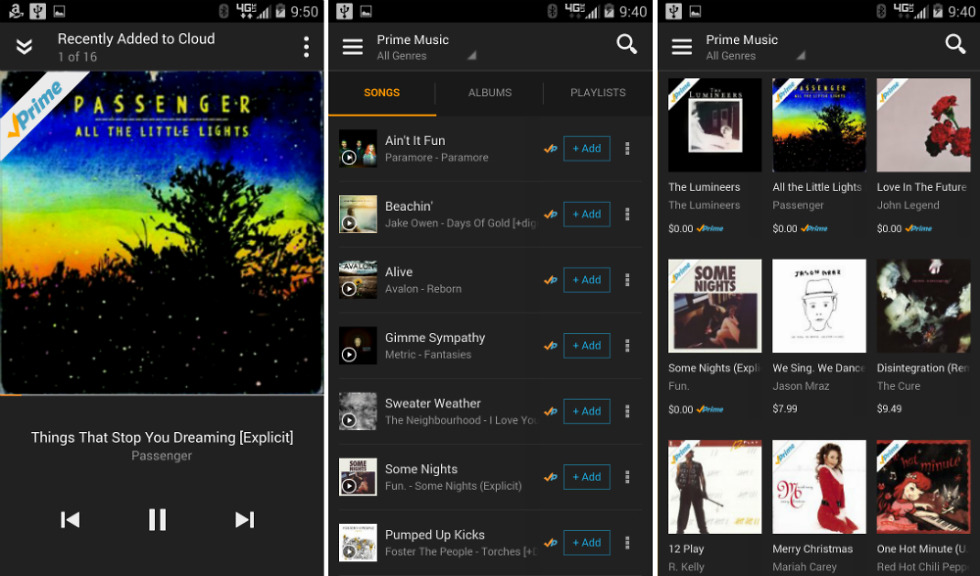 Amazon’s music service, which has been rebranded as Amazon Music, is placing a big focus on curated playlists. The service has Prime Playlists for genres, artists, and activities, all available at launch, with more to come in the future. Alternatively, Amazon is using personalized recommendations to serve up individual songs and albums you’ll ostensibly enjoy.

Like Beats and Spotify, Amazon Music has an offline mode – you can download music and listen to it without a data connection. Unlike Spotify and Beats, the music selection isn’t all that great. Amazon Music’s competitors boast a catalog of more than 20 million songs, while Amazon Music is limited to over a million.

Also, much of the music available for streaming is not very new. Depending on the label, Amazon may have to wait six months before adding songs to Amazon Music. In addition, Amazon has not managed to broker a deal with Univeral Music Group, meaning notable omissions like Lady Gaga and Kanye West. Still, if you are a Prime subscriber, it’s hard to complain about yet another added benefit.

For those who don’t subscribe to Prime, Amazon is offering a free 30-day trial for Prime Music. Sign up through the app to get started.

The Amazon MP3 app for Android has now been rebranded as Amazon Music.