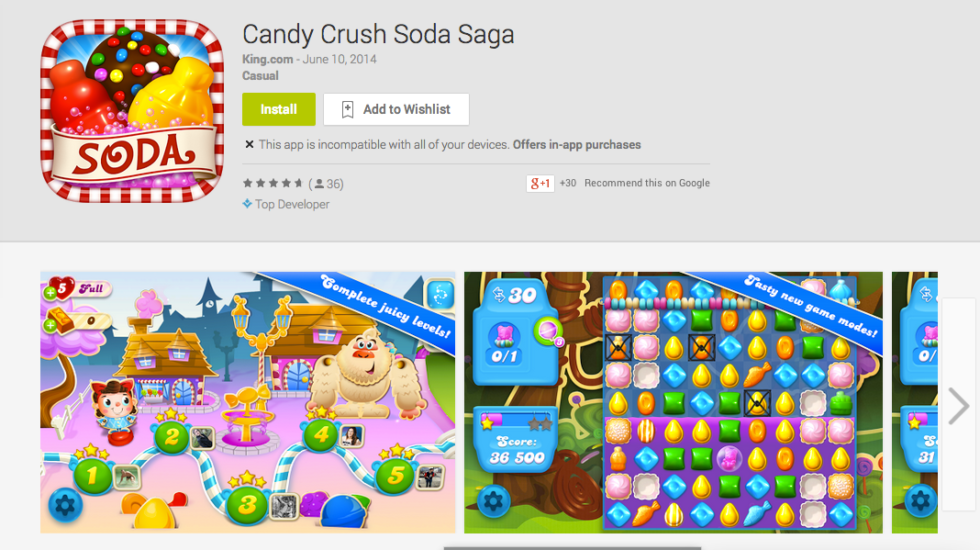 At one point in time, Candy Crush was possibly the most addictive, most downloaded app on Google Play. Thankfully, those times appear to have passed, but with the soft-launch of the developer’s sequel to the title, Candy Crush Soda Saga, we could be in for another long addictive ride.

The sequel has been launched outside of the US, and looks to be just like the original Candy Crush, but with different treats to match. Instead of chocolates and crunchy sweets, players must match up fizzy treats and gummy fish.

With an unrealistic amount of IAPs, for special powers and advancing to further levels, there was never a doubt that a sequel for Candy Crush would come.

There is no exact word on when the US will be able to try their hands at Candy Crush Soda Saga, but of course, we will keep you posted on when it goes live. If you are in Canada, Sweden, Spain, or the Netherlands, check the game out for yourself.