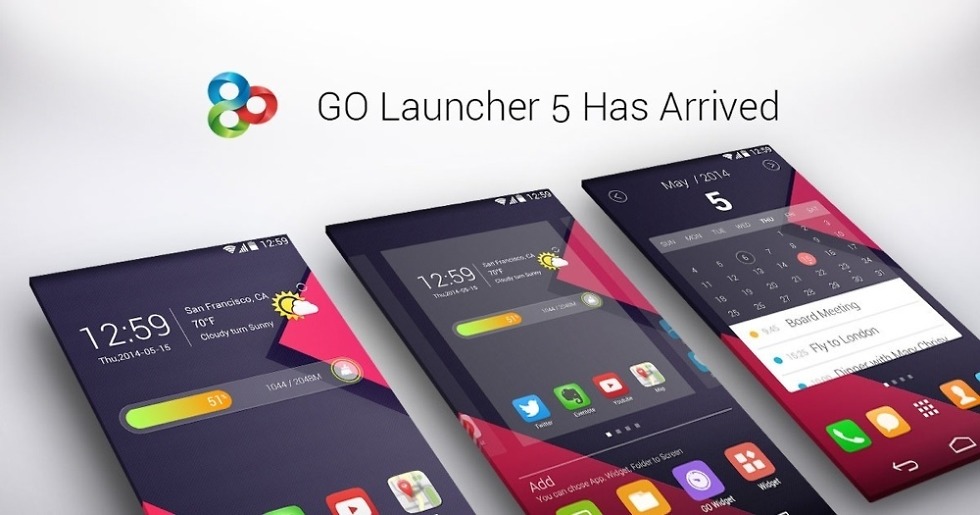 GO Launcher, one of the most popular 3rd party launchers around, received a major UI and UX update to version 5.0 today. As the GO team puts it, the new update makes for a “simple and intelligent new mobile experience.” The UI has been flattened, everything feels much more polished, there are full-screen folders, and something called “GO Panels” have been introduced, which allow for “different functions on screens.”

In even better news, the GO team is giving away the Prime version of GO Launcher for the next two days to celebrate version 5.0. GO Launcher Prime typically runs $5.99, so you may as well follow the steps below to unlock it, just in case you ever feel like giving it some serious run down the road.

To get Prime for free, install GO Launcher EX, then head into Preferences>About GO Launcher EX and enter activation code “appsales” or “appszoom.”