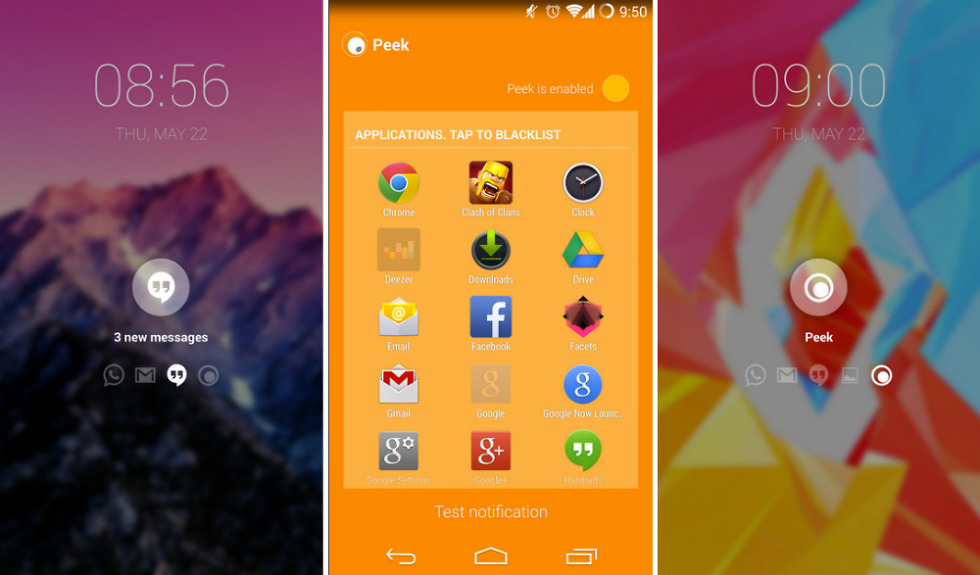 A new application called Peek has hit Google Play this afternoon, one which many custom ROM users should already be fully aware of. Peek has been baked into Paranoid Android for a while, and is now its very own standalone application, costing folks $4 through Google Play.

Peek’s primary goal is handling notifications easily and elegantly. With Peek enabled, any time that a notification comes in, resulting in the user picking their phone up or removing it from their pocket, the display will automatically turn on and show a preview of the notification that came in. For Moto X owners, this may sound a bit like Active Display.

With its launch on Google Play, the developers state that the app has received a bit of a makeover, with easier functionality and control of which applications can be blacklisted from showing up on Peek.

If you are not a fan of flashing all of the ROMs out there, go try out Peek for yourself.

Update: The developer has unpublished the app for the time being, stating that, “there is an ugly issue blocking it from working on some specific devices.” We will update the post when the app is made available. Sorry, folks!