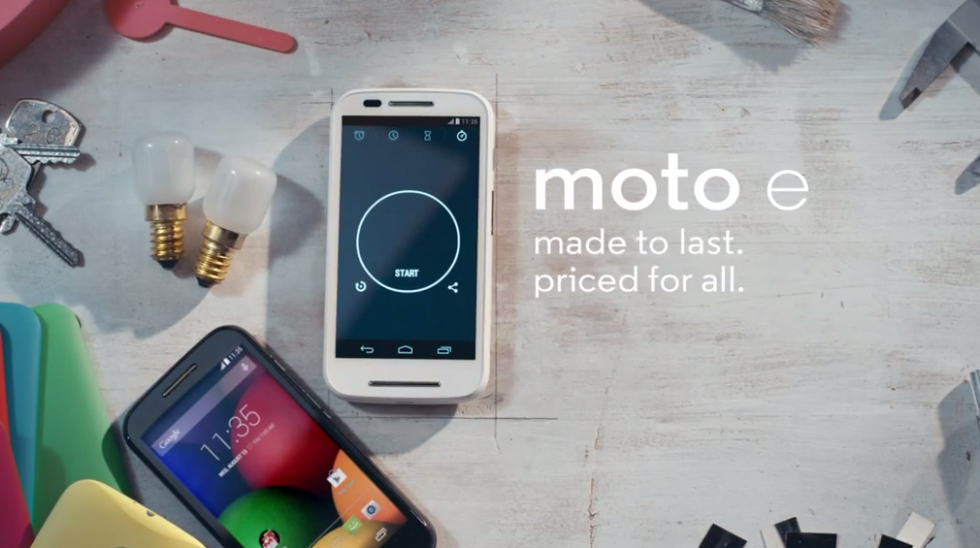 So much for waiting until the official announcement. Motorola, posted a video to YouTube to introduce the new Moto E a few hours before announcing the phone to the world at a press event in London. (Edit: The phone has been officially announced in India.)

As you can see from the video, the phone has a “sharp, scratch-resistant display,” includes “water-resistant splash guard,” runs an “all-day battery,” is guaranteed to get the latest version of Android, and can be customized with Motorola Shells, just like its other brother, the Moto G.

No pricing has been handed out yet for the US, but in India, we are looking at Rs. 6999, which converts to around $116 USD. That’s not official for the US, by any means.

(Edit:  Here are the official Moto E specs from Motorola.)  The specs were outed over the weekend, thanks to a Brazilian electronics retailer. We are looking at a 4.3-inch display, 1.2GHz dual-core Snapdragon processor, 5MP rear camera, 1980mAh battery, 4GB of storage (micro SD slot too), 1GB RAM, dual-SIM slots, WiFi/3G/Bluetooth, and runs Android 4.4 “Kit Kat.”

We will update you with all things Moto E as soon as we have them. 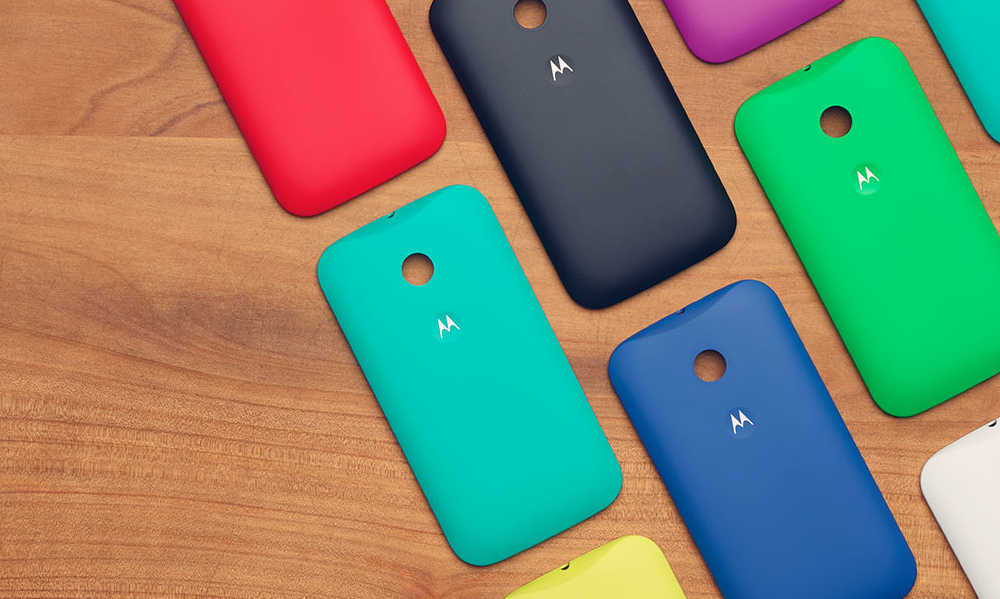