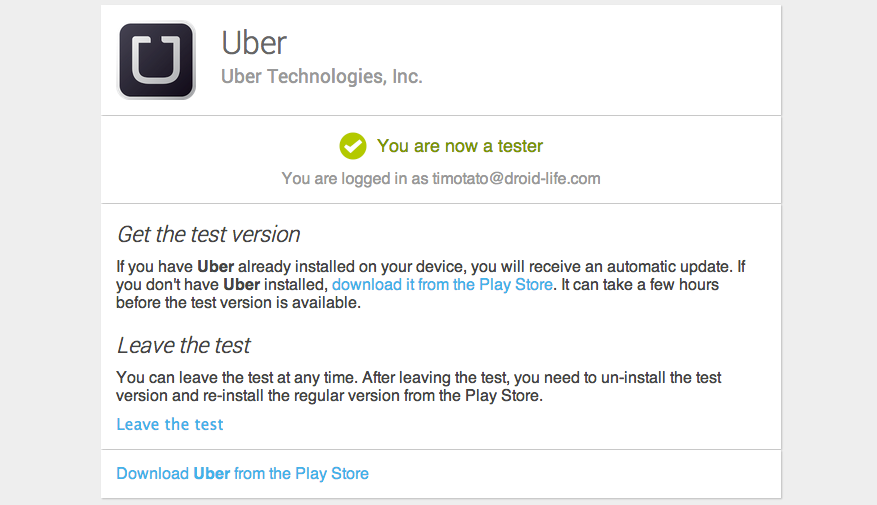 Uber, the taxi service which has swept the entire globe, announced a special Android beta program for users today, one which will allow users to access a completely revamped taxi experience.

For anyone who is unfamiliar, Uber allows users to request car service right from their smartphones, then lets you track the driver as he approaches your pickup point. If you know how awful it is waiting for a taxi, then Uber is an absolute treat.

So, what’s in the beta? Well, apparently it’s quite substantial, with Uber stating they have completely rewritten the app and enhanced many of its features. To start, the app should be much faster, as well as more responsive. In addition, users will find it easier to access important features like Fare Split and Share My ETA.

Here is what they state in the official blog post.

We’ve rebuilt the app from the ground up, and — simply put — it works much faster and better. Expect enhanced performance, revamped design, and easier access to your favorite features like Fare Split and Share My ETA.

Ready to get your beta on? Head on over here and enter the Google+ community to start the process.