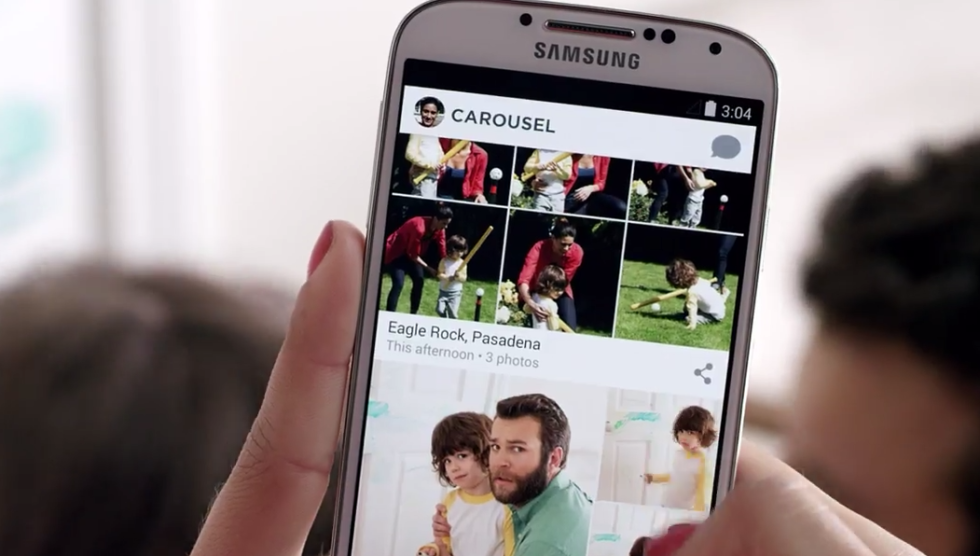 Hot on the heels of Dropbox’s Mailbox announcement for Android, we’re now learning of the announcement of Carousel. Dropbox is trying to provide users with a gallery “for all the photos and videos from your life,” combining pictures on your phone with pictures in the cloud to provide you with a seamless, organized experience.

Dropbox is touting the fact that Carousel does not have to worry about storage limitations on your device (because it’s connected to Dropbox), so you can keep as many pictures as you’d like without worrying about anything but the size of your Dropbox account.

Also built-in to Carousel is private conversations — that is, a way to “relive entire events with friends and family.” Dropbox also touts the speed of sharing via Carousel as opposed to text messaging, as there really is an astronomical difference given your Internet connection is fast enough.

Carousel will be made available on iOS and Android later today, though I was able to install it on Android already. Give it a shot.