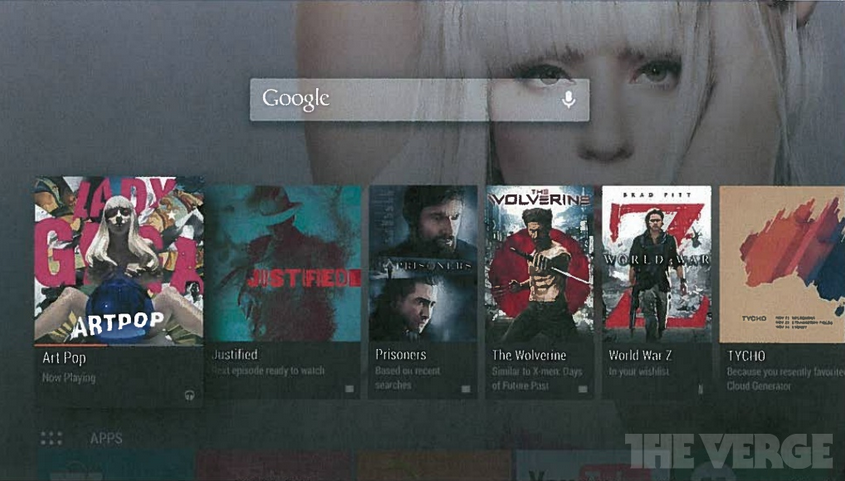 According to a report out of The Verge, Google is taking a 2nd swing (or is a 3rd?) at taking over your TV experience with a product called Android TV. Notes and screenshots from this report seem to paint the picture of Amazon’s newly announced Fire TV, but with Google powering it. In other words, it sounds like another box to hook up to your TV that has access to all of the major movie, TV and music streaming services, with a big poster-like UI, and a simple approach. Yes, another one.

Google is reportedly working with major app developers to get apps ready for the platform for a launch at some point. In the shot below, you can see icons for Netflix, Hulu, Songza, Pandora, and Vevo, plus the Google suite of apps. They are encouraging developers to build really simple apps with few friction points, and maybe few notifications or other movie parts that require too much interaction.

The interface will be controlled by both voice and hopefully only a few simple clicks. Google wants to suggest content to you, so that there is less interaction and more media consumption. A simple controller is used for navigation, while a gaming controller of some sort will be optional, which could mean gaming, just like on the Fire TV.

My thought is, “You already have Chromecast, Google, do we really need another box?”

You guys tell me. 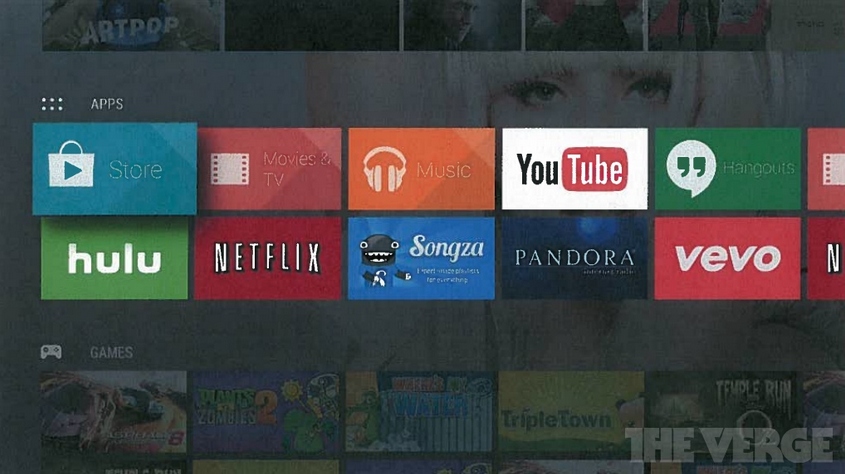