Any user of Google Play knows that when you search for the most popular apps, there’s always a clone or two at hand. While Google does make an effort to remove these kinds of apps, it’s inevitable that they won’t be able to stop every last one. That’s where this recently awarded patent comes in — Google has devised a method to compare code to other apps to check for copying, and will cleverly filter out open-source code matches.

Applied for in July 2013, the intricacies of the patent get quite complex, considering that Google is not dealing with a simple issue here. Apps will be given a “similarity rating” based on how much they compare to the code of other apps, and presumably if it’s too close the app will be removed from Play.

Google, as mentioned earlier, has also thought up a way to deal with open-source and freely available code, so apps are not removed from Play just because they used something they had a right to.

While Google has not made anything official on this system becoming a part of Google Play, it would only make logical sense for them to finally be able to counter piracy. Good on you, Google. 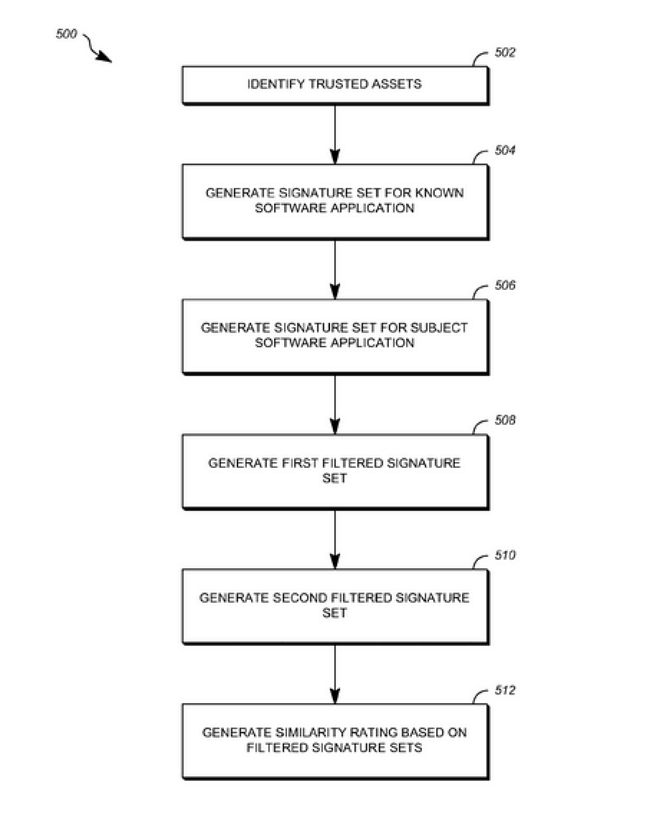