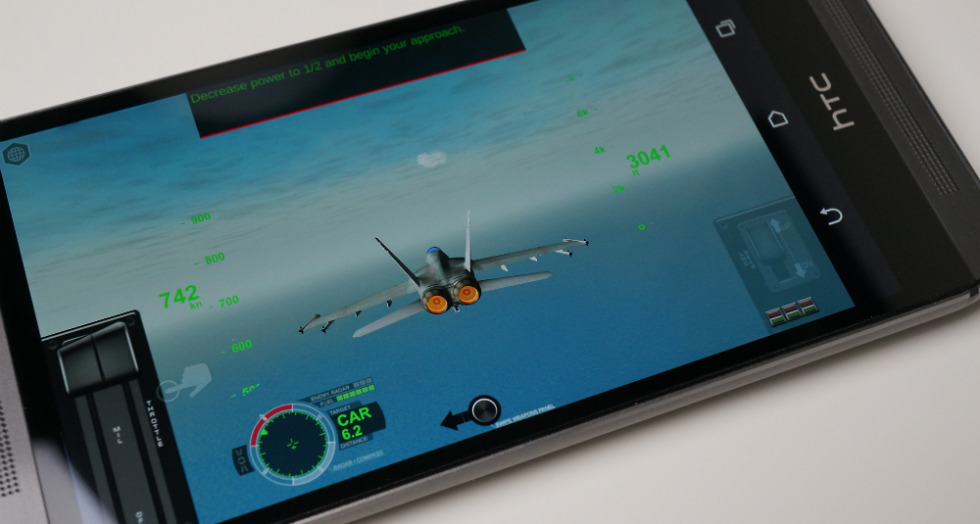 A new flight simulator game is available on Google Play, titled AirFighters Pro. The game comes from developer Rortos, known for a handful of other flight simulator games on both Android and iOS. This title is priced at $4.99, with no free version currently available. However, don’t let the price tag scare you away – this flight sim rules.

Much like every other flight simulator, you take the controls of a few of your favorite fighter jets. Included in the game is the F-16, F-14, F/A-18, A-6, MiG-29K, F35B Lightning, and many more. This game’s claim to fame is that it is the most advanced fighter jet combat and flight simulator for mobile devices. With a claim like that, we expect great controls, awesome graphics, and righteous action – to keep it short, the developer delivers all of that.

My main issue with most simulators are the controls; they are usually garbage. Thankfully, AirFighters Pro brings smooth, well-laid out controls for touchscreen devices. Everything is well labeled, which makes for the actual flying and combat scenarios much easier to learn. Once you get your bearings on where controls are located, you will be flying around like Tom Cruise in Top Gun in no time at all.

What makes this game really great is the real-life environments it puts you in. In your planes, you get to fly around the Earth as we know it, with access to 569 of the world’s major airports, with detailed runways and landing strips. Sounds awesome, right? Well, it is.

The planes you can use are true to life in performance, characteristics and fuel capacity: you can test yourself in vertical takeoff, take advantage of the variable-geometry wings and fly in the cockpit of the best fighter jets on the planet.

The flight engine allows you to navigate the entire face of the earth, but pay attention to fuel capacity and make sure to ask for in-flight refueling in time.

Again, the game is $5, but if flight sims are your game of choice, then this game won’t leave you wanting.