The streak continues, as yet another title has launched onto Google Play as an NVIDIA SHIELD exclusive. The game is called Wonder Momo: Typhoon Booster, and while it is stated that the game will come to additional Tegra 4-powered devices in the future, this is still a pretty small percentage of Android gamers.

In Wonder Momo, which is apparently a comic strip that has been around for years and years, you play as Momoko, a well endowed schoolgirl/bikini model/superhero who battles the evil forces of Waru. Alright, you got me, this sounds pretty hot.

The game plays as a kick ass side scroller, as Momoko jumps and kicks baddies, collecting in-game coins to get more continues and for use in a mini game inside the app. Naturally, as it is built specifically for SHIELD portable gaming consoles, the controls are smooth and the graphics are superb.

Got a SHIELD? Got $15 to spend on a game you can only play on that device? Well, there you go! Rest assured that after you purchase this game, you will not be pestered by IAPs. 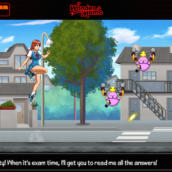 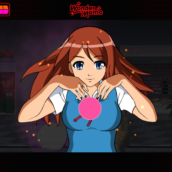 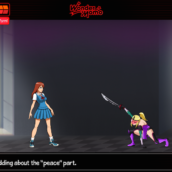 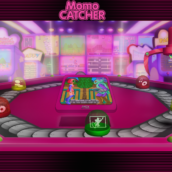