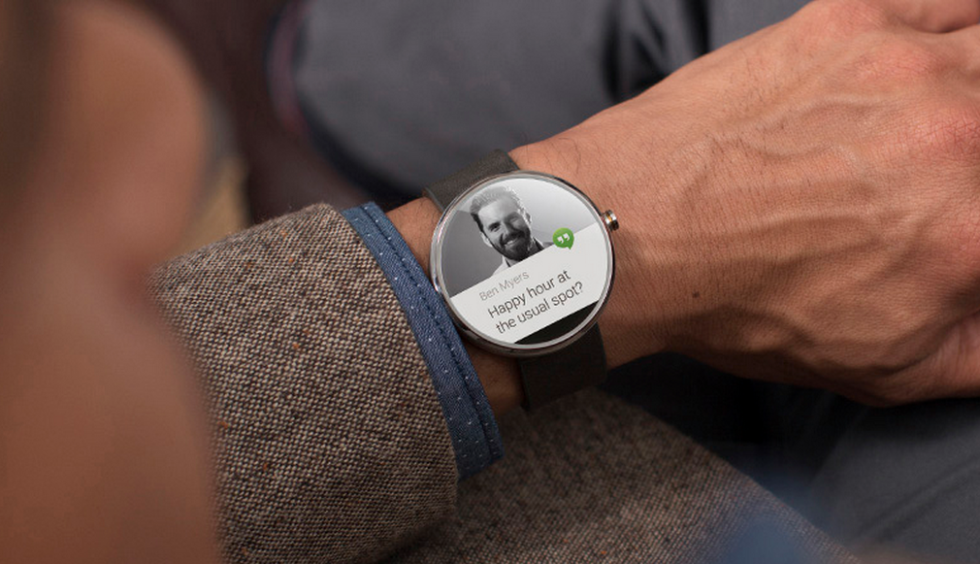 Motorola hosted a special Hangout this morning, featuring the lead designer behind the Moto 360 smartwatch. The discussion started off rather slow, with most of the time going into the fact that the watch’s face is actually circular; not square as we are used to seeing in this sector of devices. Once we got past that point, we got into the viewer-submitted questions, concerning pricing, battery life, functionality, and more important topics.

For the most part, Motorola was unable to answer any of the juicy details concerning the watch’s price, expected battery life, although Moto’s employees stated that focus on battery life was a top priority. Around the 11:30 mark in the video, the speaker begins talking about lessons learned with from the MotoActv and power management. As he states, the power management system from the Actv was a big part of the Moto X, and that all of the lessons learned from both devices on power management and sensors have gone into this watch.

A few other neat things to take away from the Hangout is that Motorola has developed a “secret” charging method for the device, as it is known that the device features no ports for plugs or anything of that sort on its exterior. So, will it be a type of wireless charging system? Our guess is “yes.” In addition, Motorola states that the watch will work with all Android devices running Android 4.3+, which means no one needs to worry about brand exclusivity.

Other notes included that the watch is water resistant (not water proof), it will not feature a camera (dang, no nipple cam), and availability is slated to be global.

We didn’t get any real juicy details, but this is a good start.

If you missed the Hangout, you can watch the recording below.