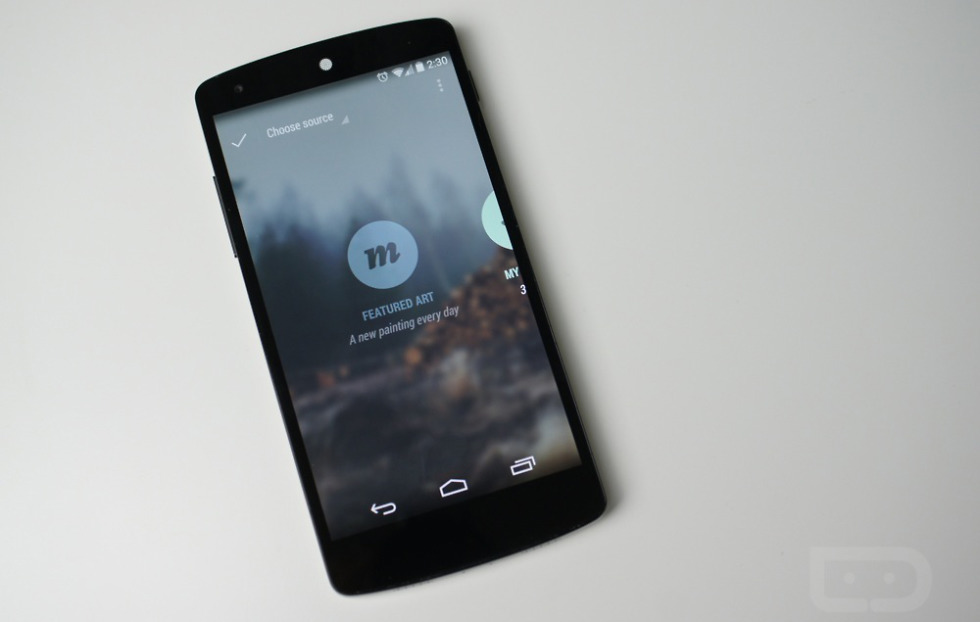 Here at DL, we have become fans of Roman Nurik’s latest creation, the Muzei live wallpaper. It lets us forget all of those hours of heated internal debate on deciding which wallpaper looks the hottest, and has essentially claimed its rightful place on most of our home screens.

Yet still, Nurik has only partially solved the whole problem with his newest app, because even now, we have to decide between hordes of different third party Muzei extensions, a problem I think we don’t mind having. The app displays wallpapers in such a beautiful way and there are so many good extensions already, that it’s quite fun seeing each outdo each other.

Which are the best five for the month of March? Let’s check them out.

MultiMuze has easily become my favorite Muzei extension, because of the fact that it really isn’t fundamentally one. What MultiMuze does is allow for the use of multiple extensions, in case you’re like me and can’t simply choose one source of wallpapers. It comes with customization settings allowing you to choose the intervals for which your source changes, and also which of your sources to use when shuffling them.

I haven’t personally experienced any issues while using MultiMuze, so this guy right here is my absolute favorite extension for Muzei at the moment. And it’s even free. 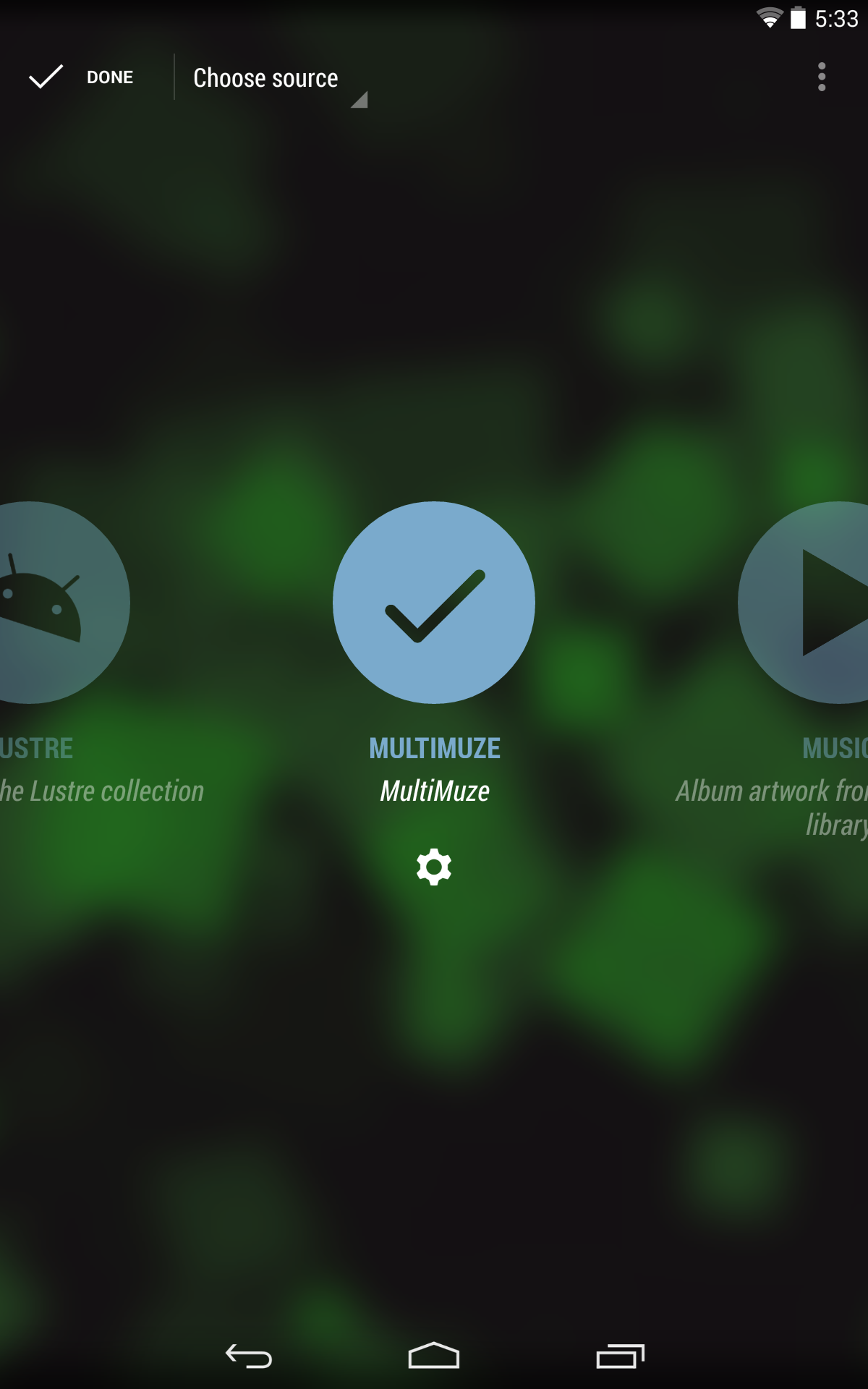 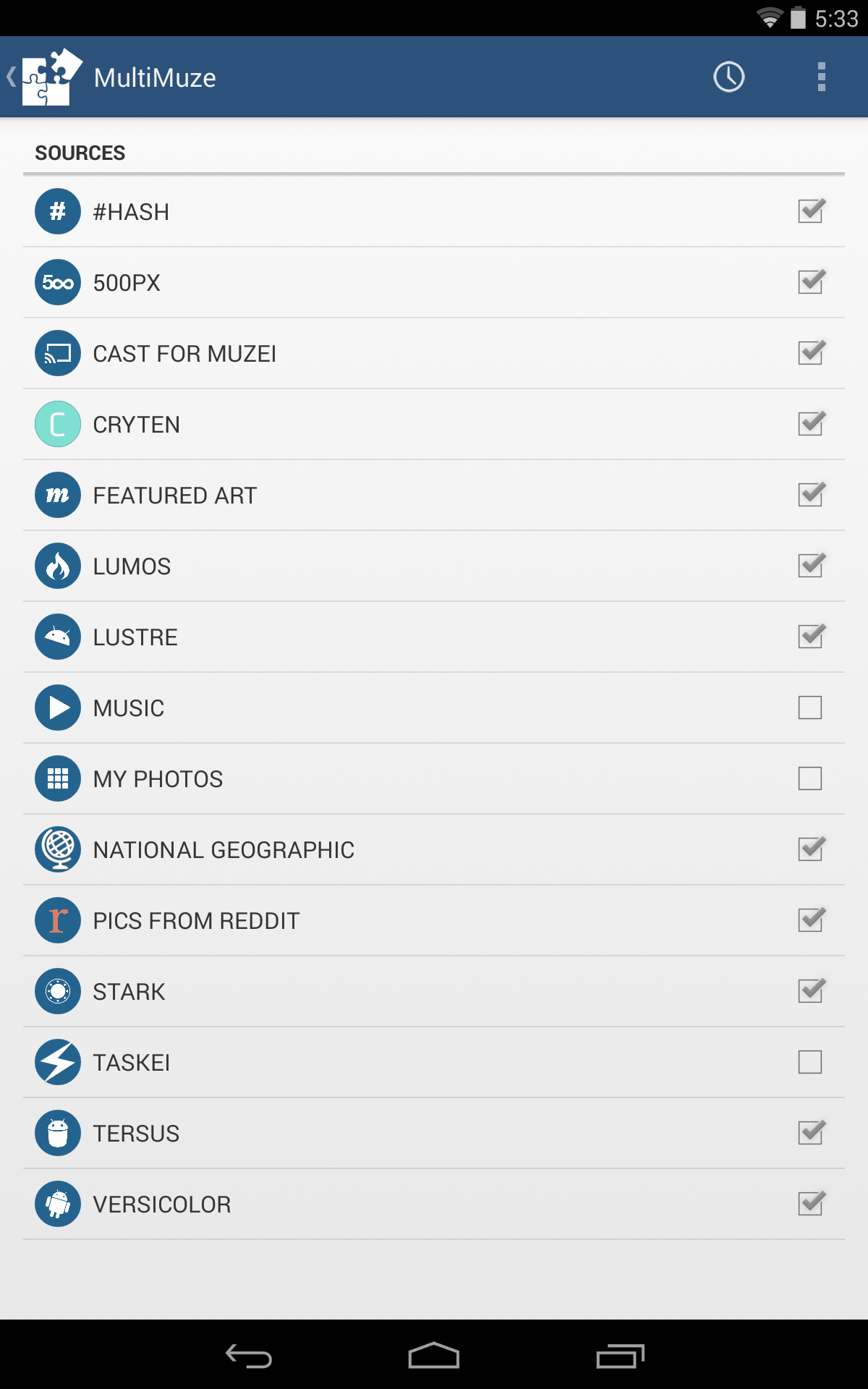 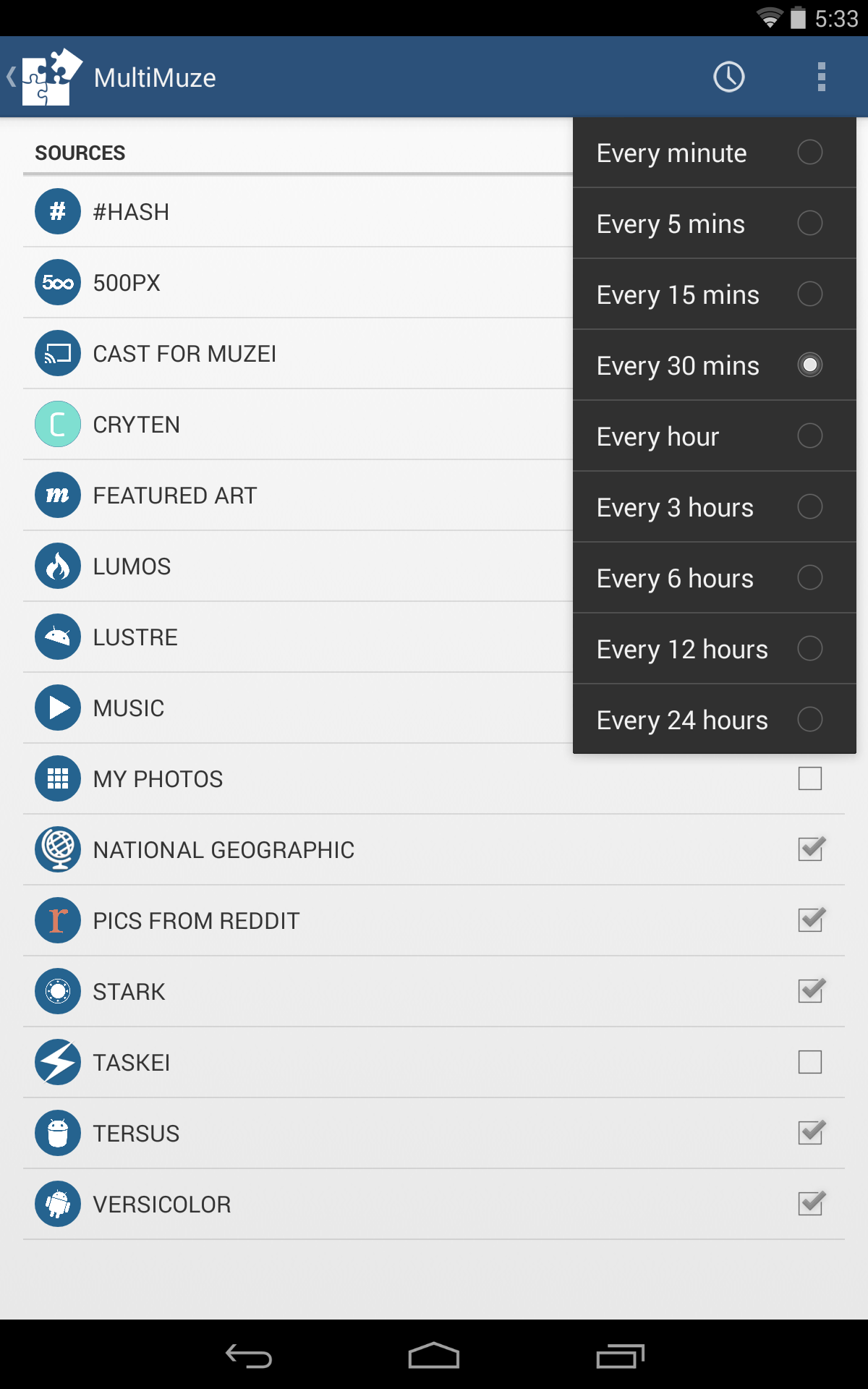 With the launch of Android 4.4 “Kit Kat,” we saw the introduction of lock screen album artwork. Basically, when you are playing music on a Kit Kat device, it will replace your lock screen wallpaper with your current album’s cover picture. This has actually become very handy for many of us, and it’s certainly one of the features I miss when I switch to my Xperia Z1, which is still stuck on Jelly Bean.

Muzei Music looks to bring the same feature to your home screen, but with a few cool enhancements as well. First of all, you can select an image for Muzei to use as your wallpaper when you aren’t playing music, so you aren’t forced to stare at a black screen when not playing music. Second, you can automatically download artwork for songs you don’t have images for from Last.fm, and tweak settings for this so as to change the resolution of downloaded artwork and set it to not download over a mobile data connection.

Be sure to know that this is probably not the best extension to use with MultiMuze in case you were looking into that, as that will cause this extension to only come up sporadically. Also, some music players require notification access and a specific version of Android to function correctly, but this shouldn’t be too much of a worry — in case it doesn’t work with your music player of choice, it was free anyway. 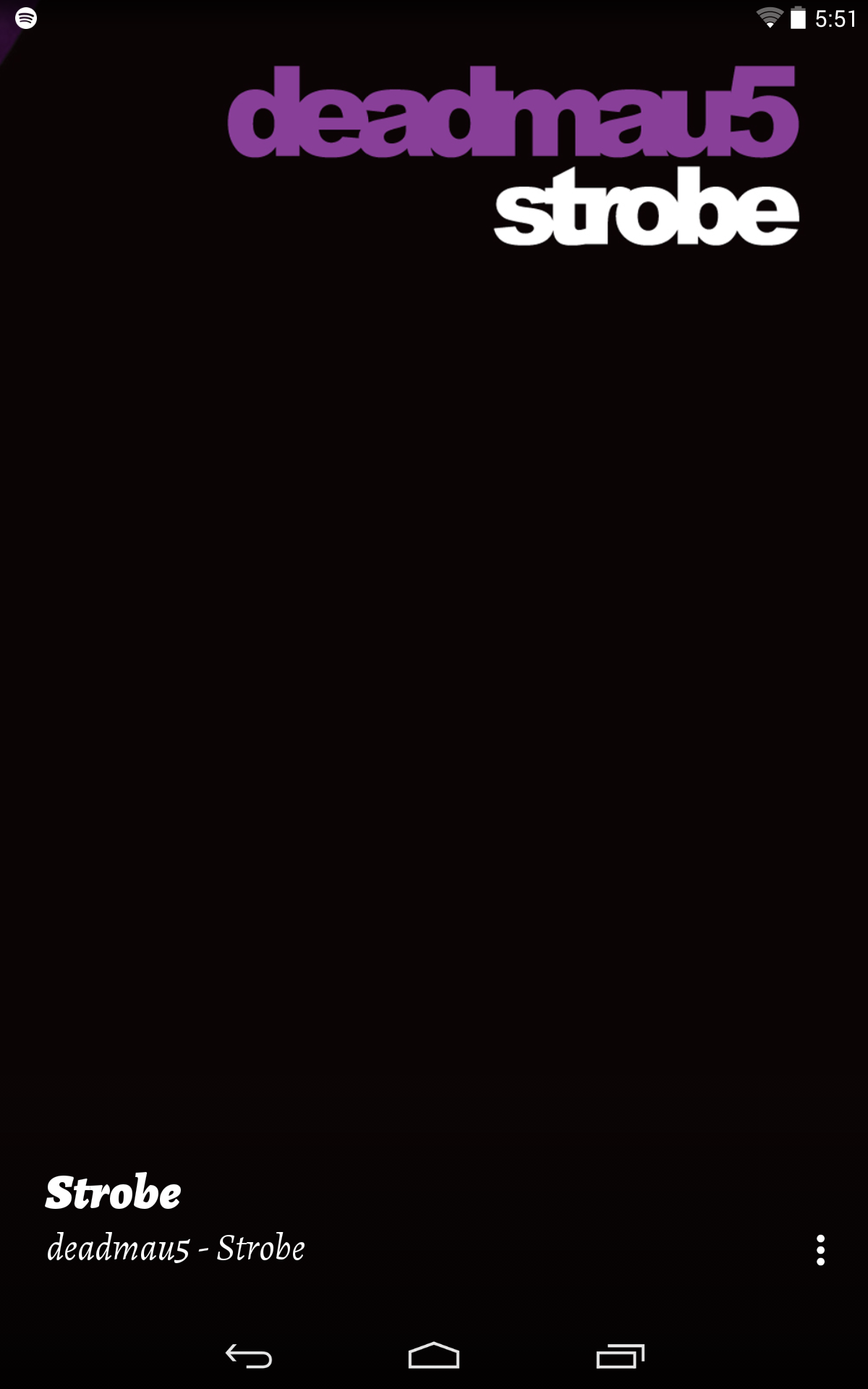 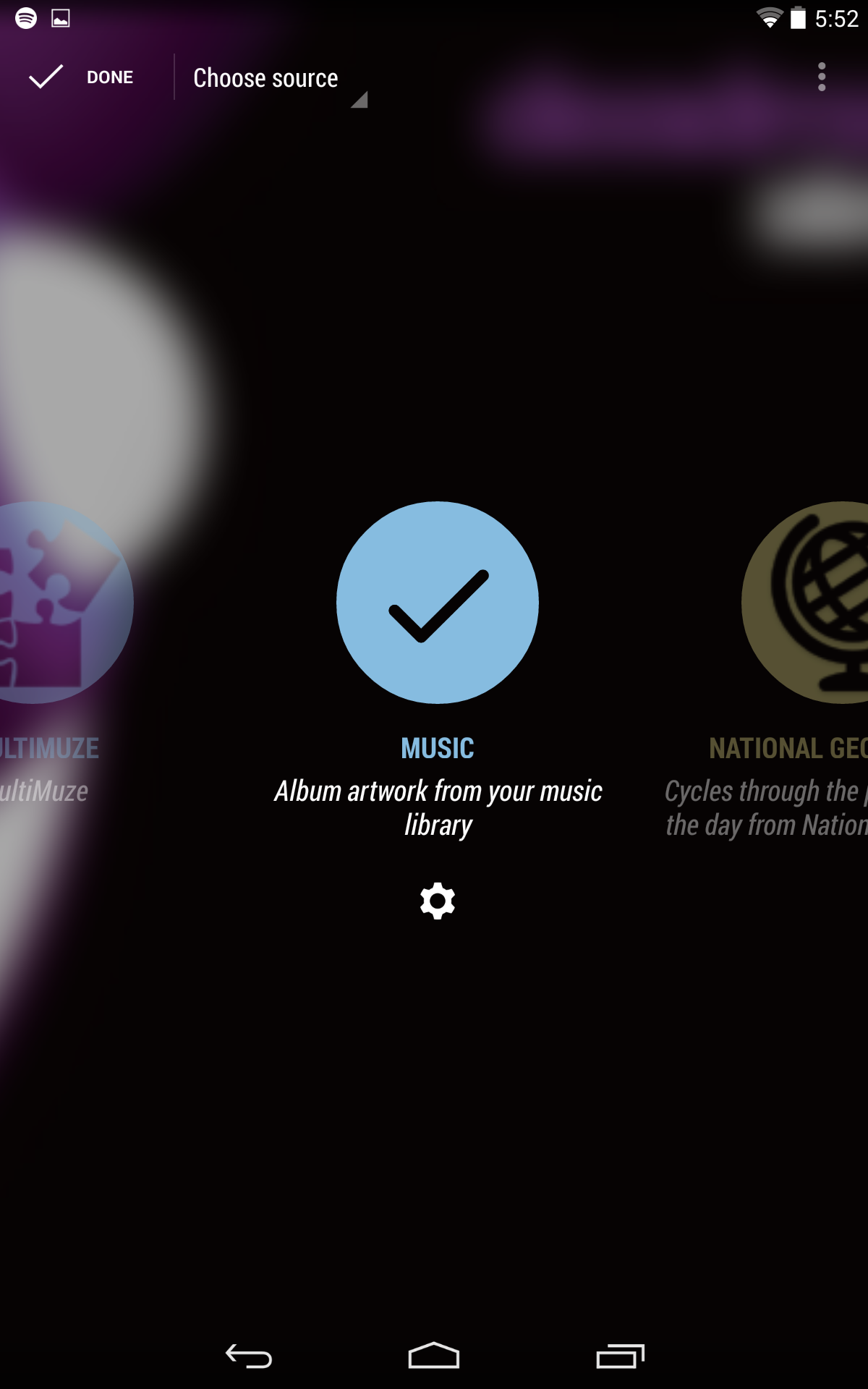 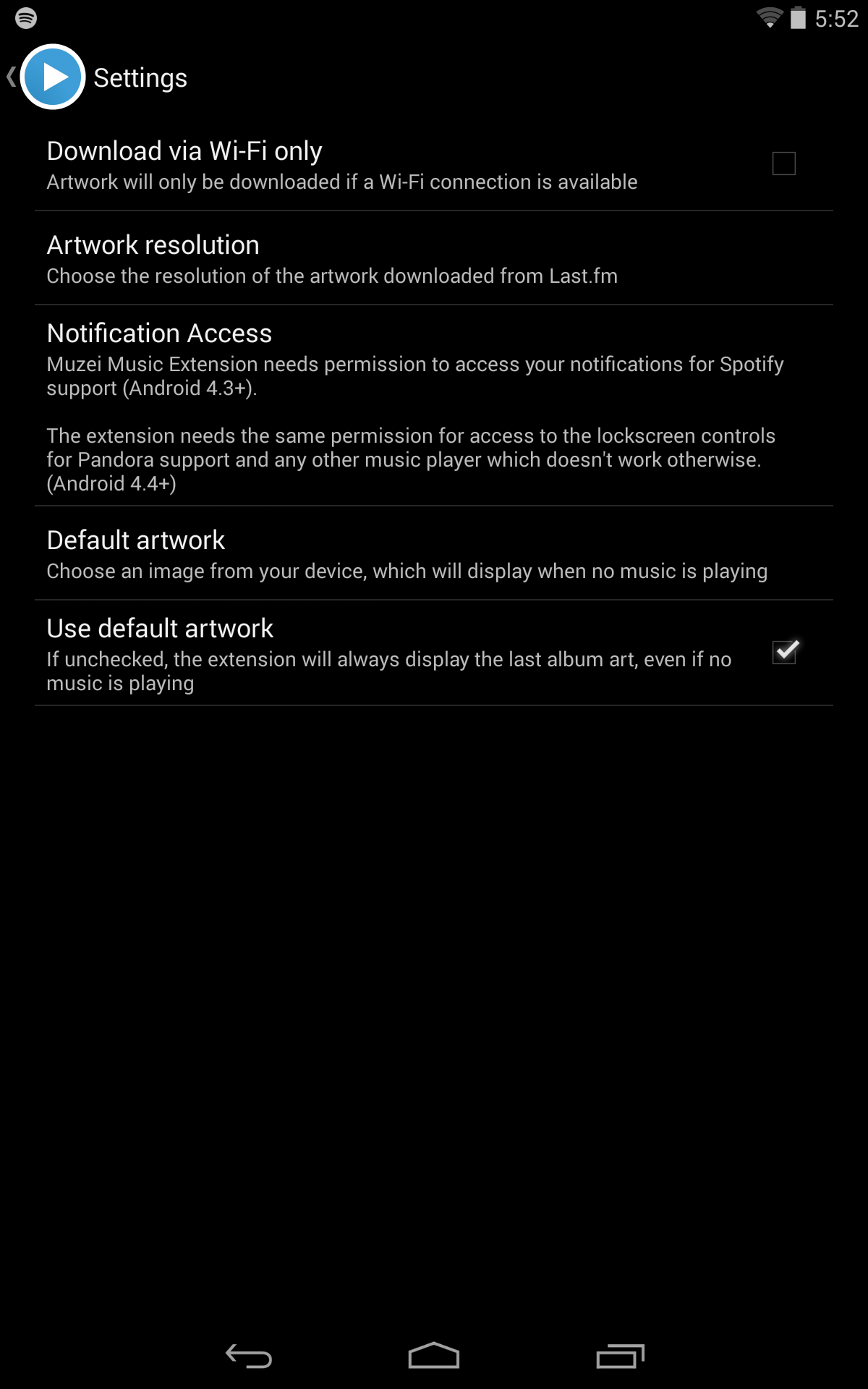 Chromecast owners, you know those pretty backgrounds your device shuffles through when you’re not using it? It turns out there’s a legitimate source for those pictures, and developers can even tap into them to add them for viewing on Muzei.

There are no settings to be tweaked here whatsoever — your wallpaper background will behave just as Chromecast’s, and should even update at the same time. Check this free extension out. 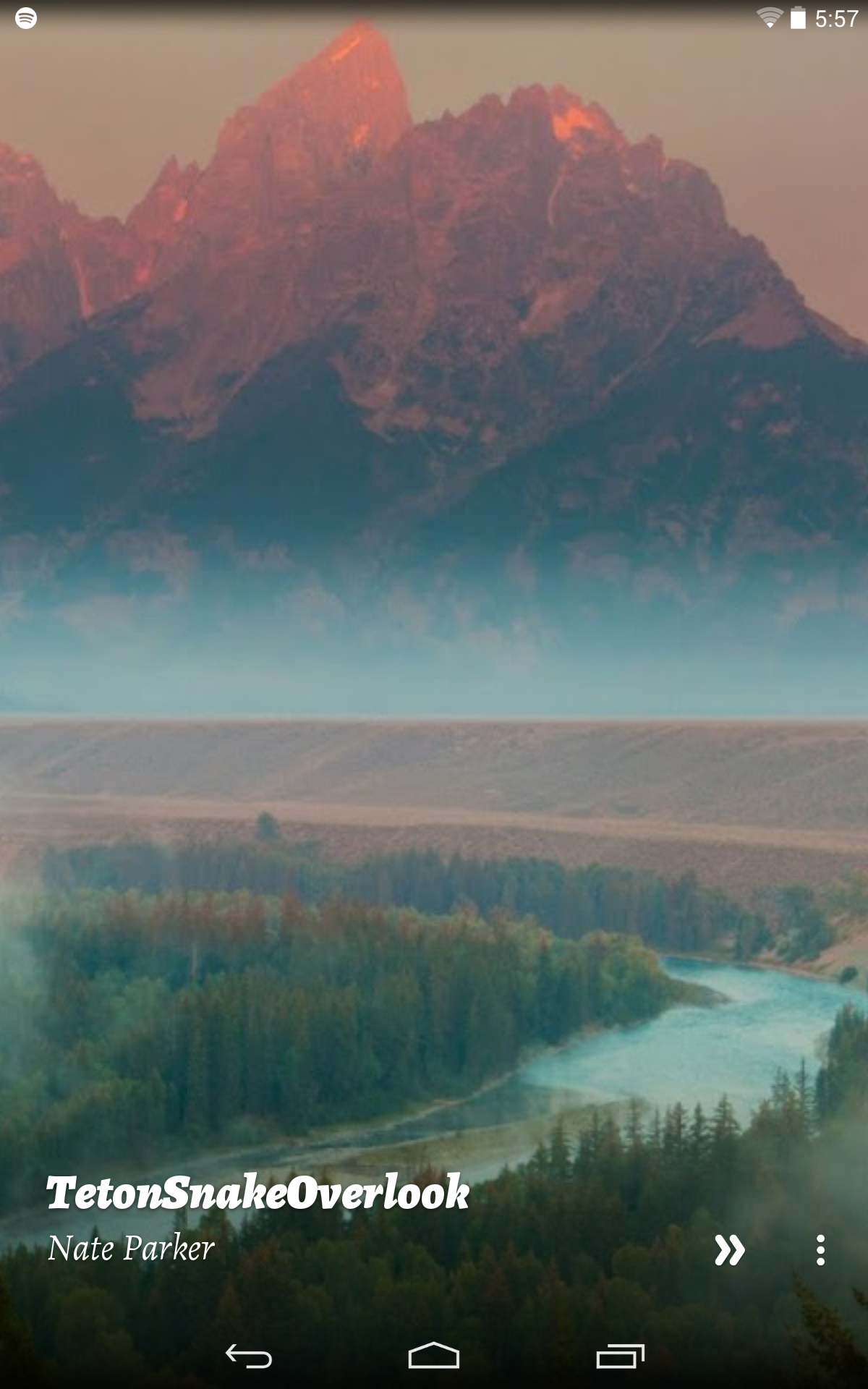 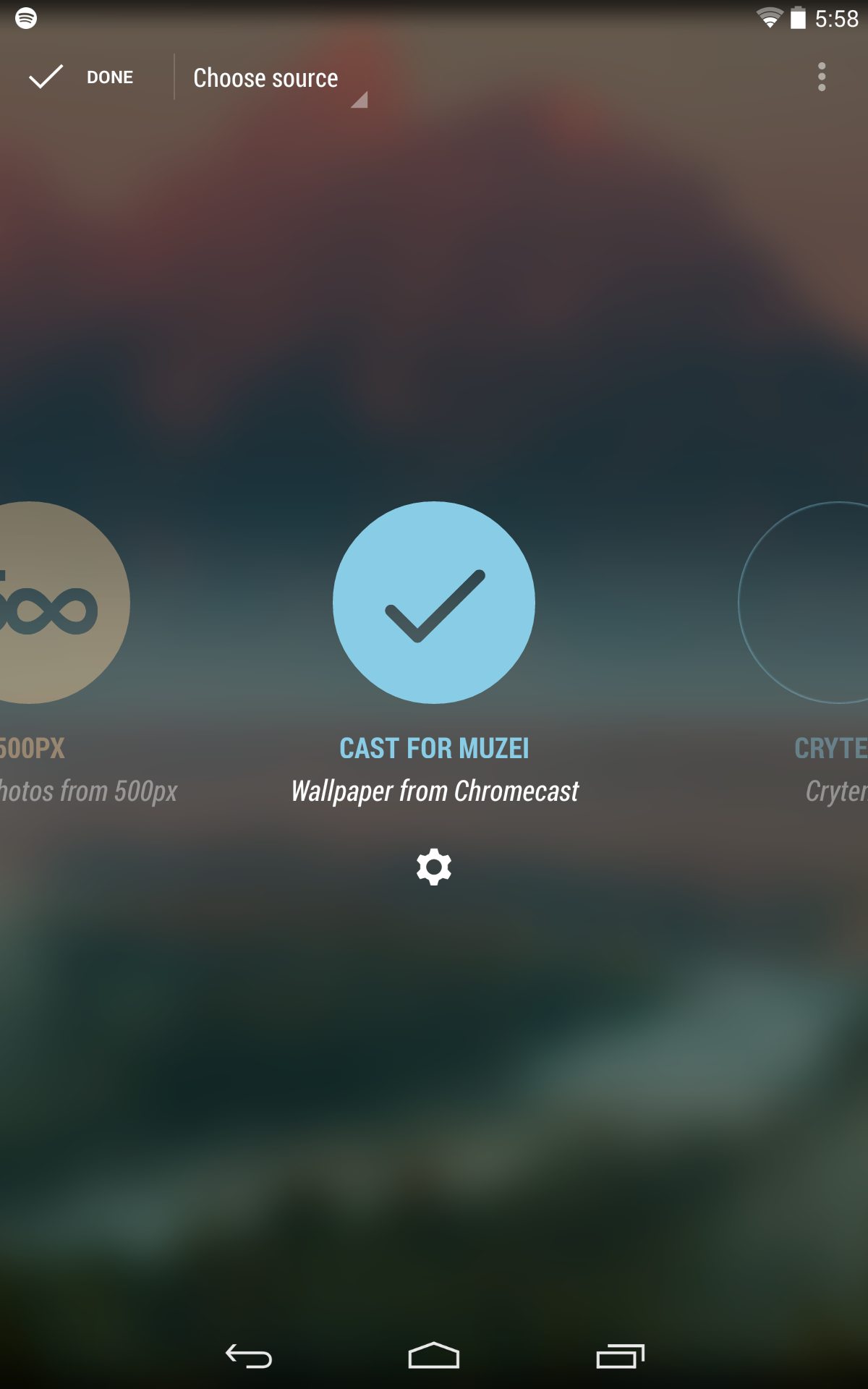 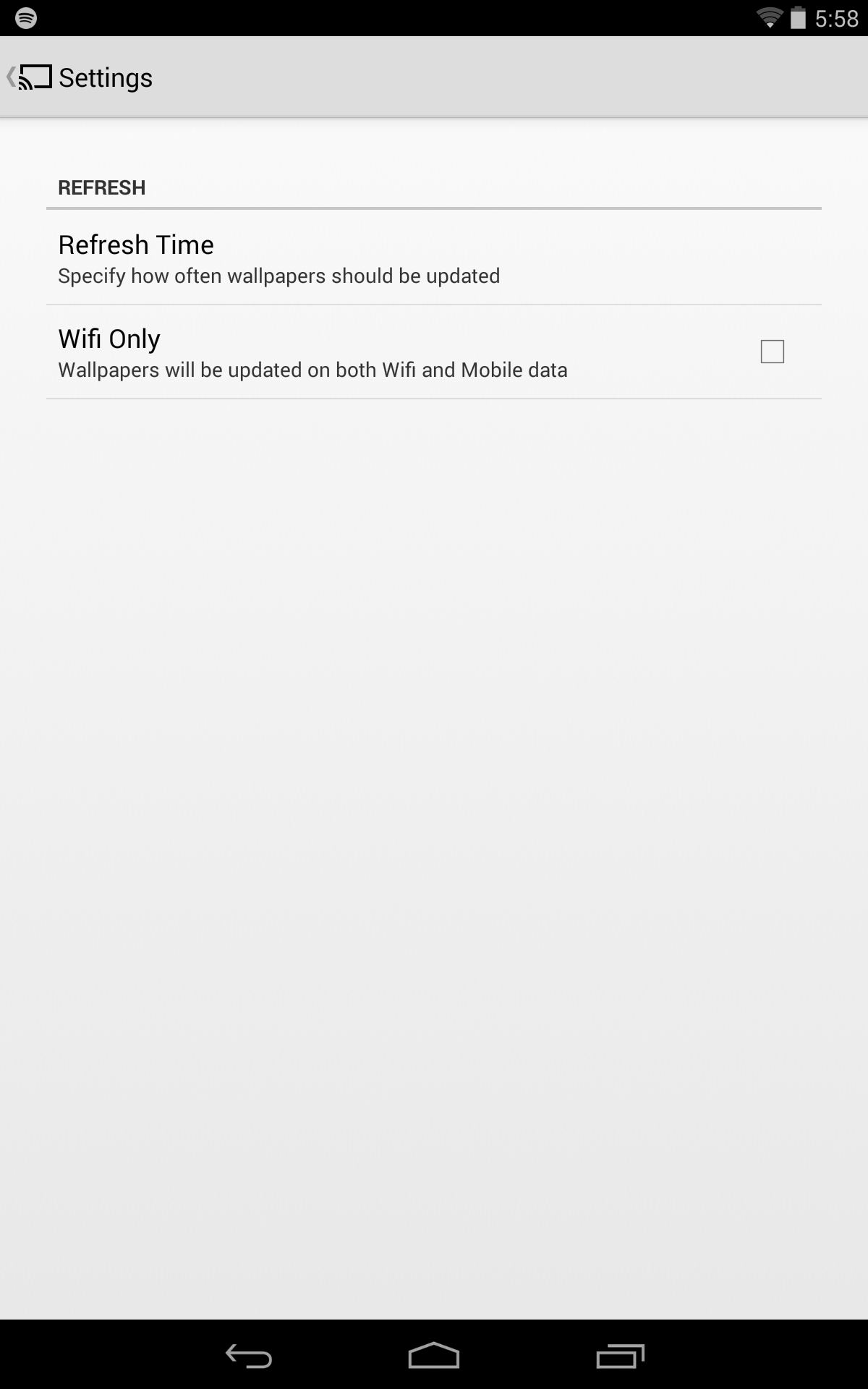 For those of you who can’t live without an insane amount of customization, Tasker has had your back for the longest time. Now, here it is, available on Muzei to seriously refine when, where, and why certain sources should trigger. Now, I’m not going to pretend to be a Tasker maestro here, but it shouldn’t be too difficult to set situations up where certain sources only trigger when your phone is on WiFi, has headphones connected, or it is a certain time of day.

I wouldn’t recommend this one to everyday users, but for those of you who can’t live without really digging in and customizing the heck out of everything, give this one a peek. 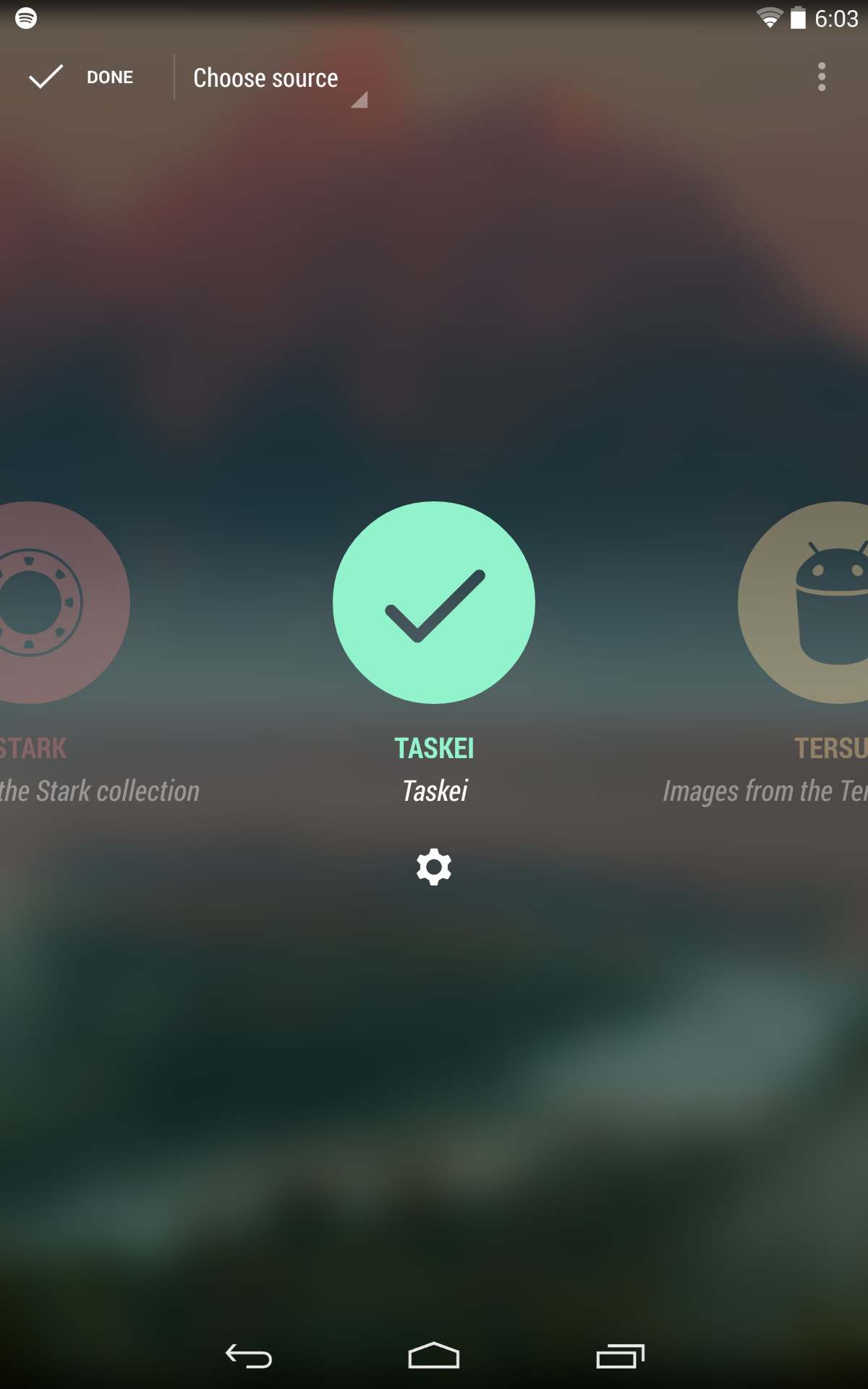 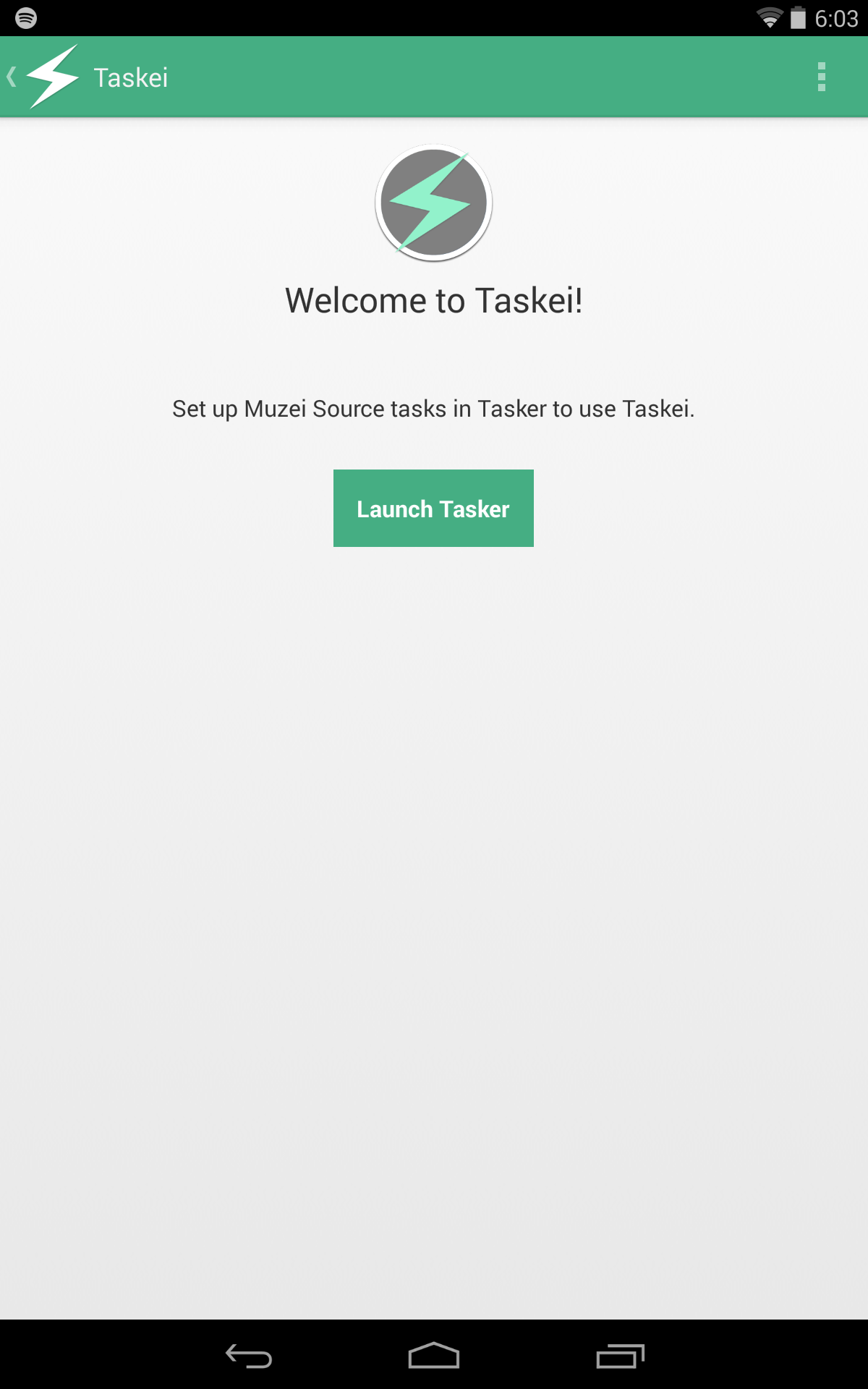 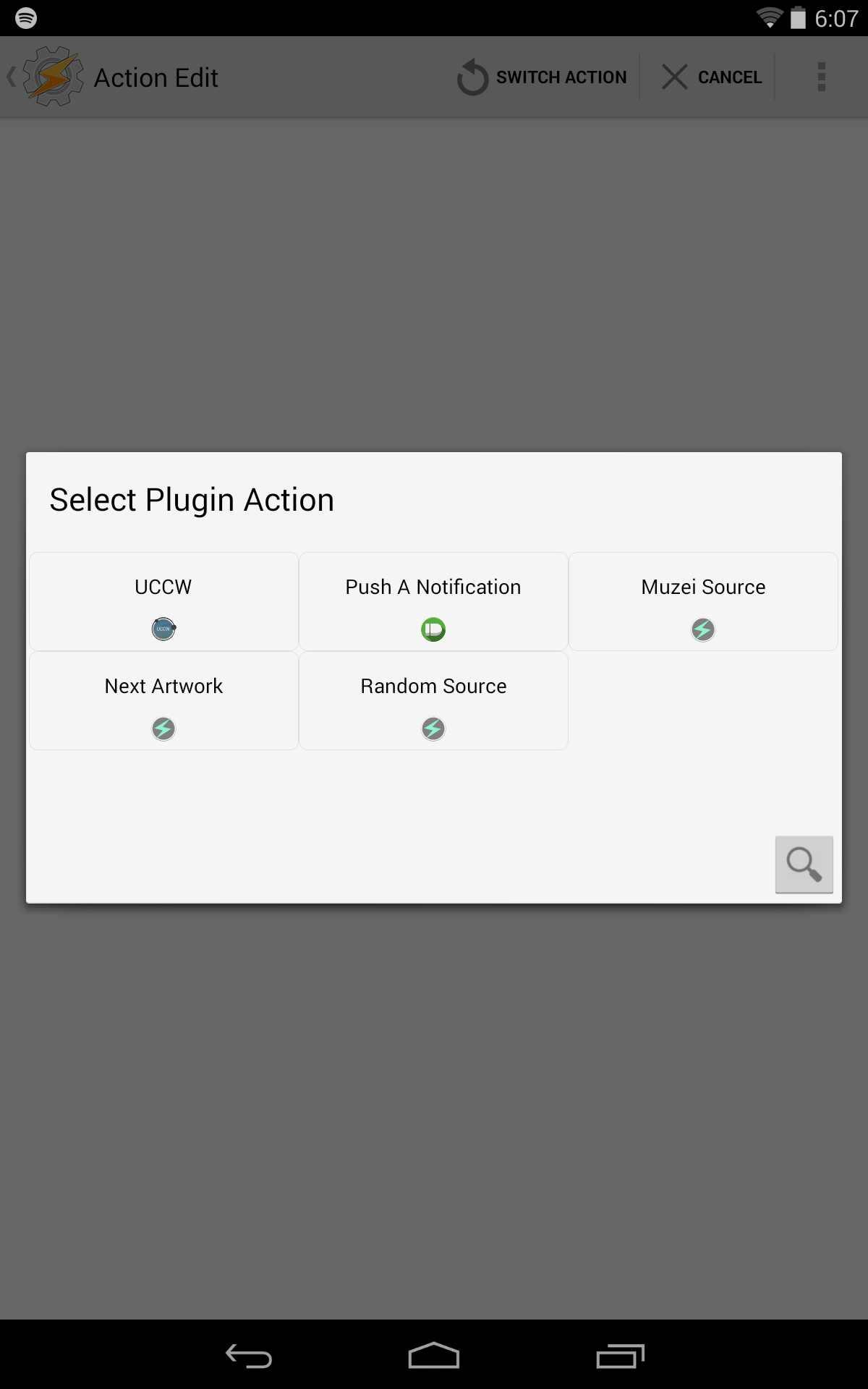 For those of you who spend all eternity on Reddit (shoutout to r/Android!), for the sexy wallpapers or otherwise, it may please you to know that you can now get all of those new subreddit pictures as wallpapers on your device. You basically either choose from a list of subreddits or add your own, as many as you’d like, and the extension will cycle through them. I recommend using r/earthporn, r/spaceporn, r/apodstream, r/wallpapers, and r/exposureporn for an optimum hot wallpaper effect.

This one is also available as a free download. 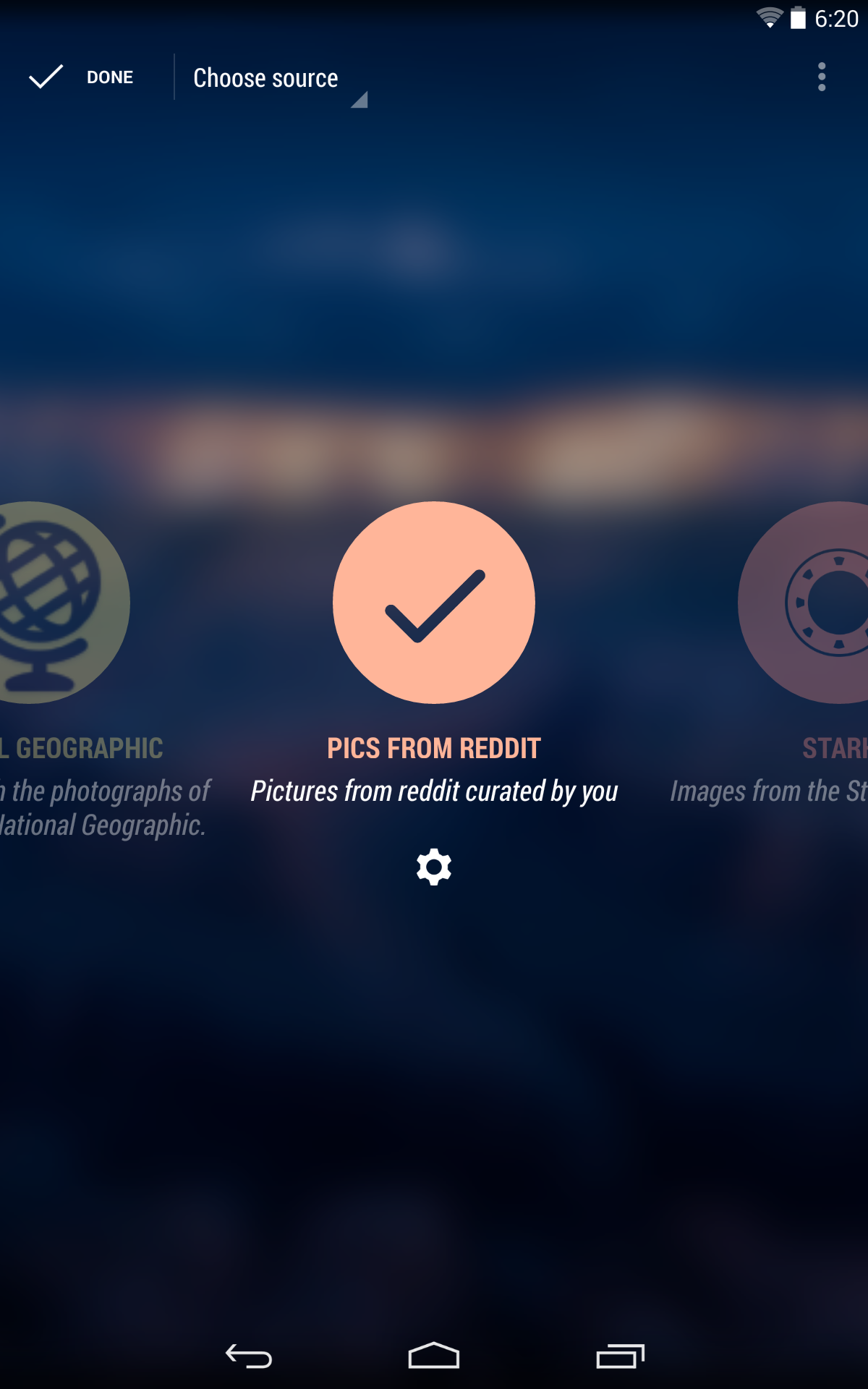 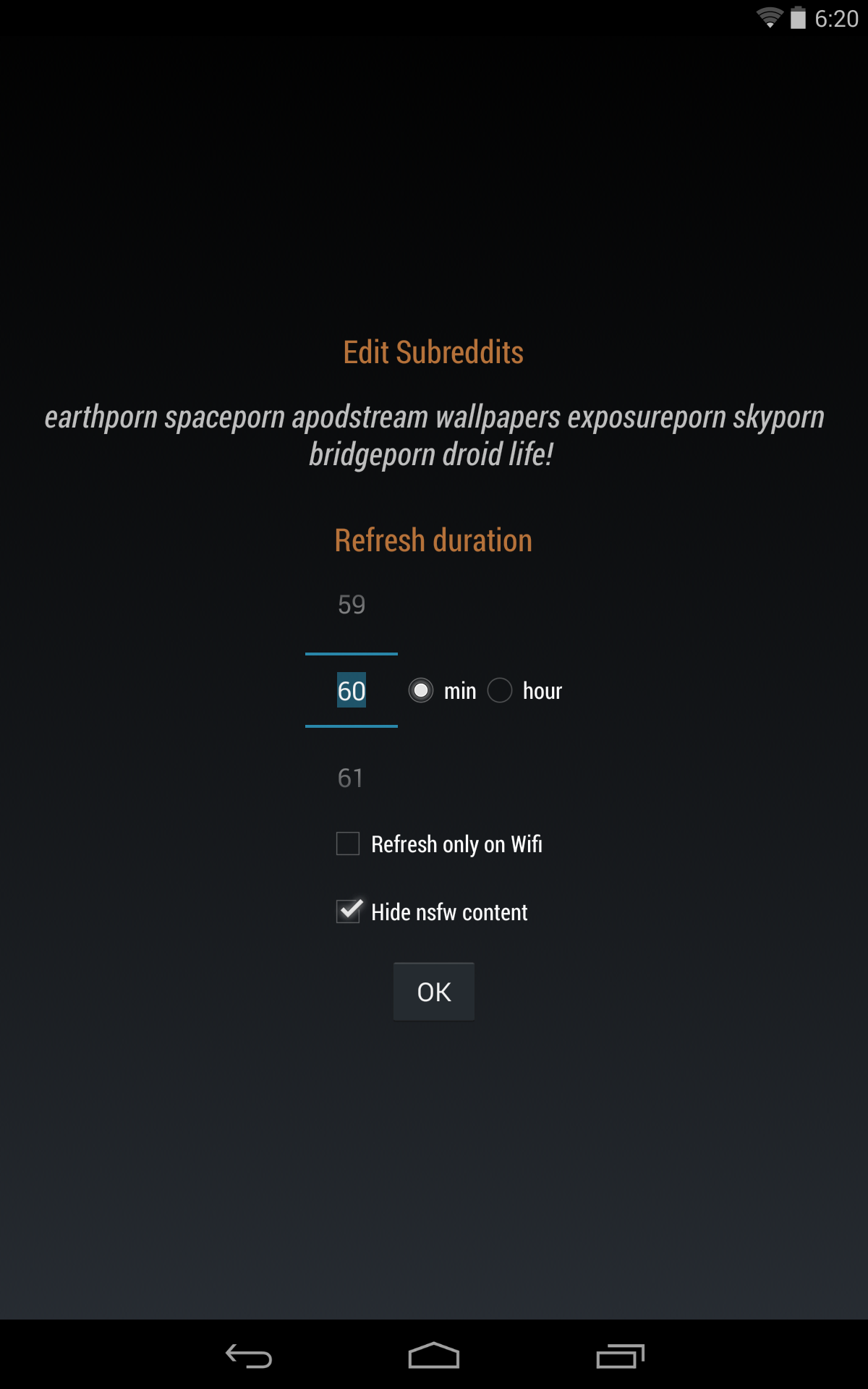 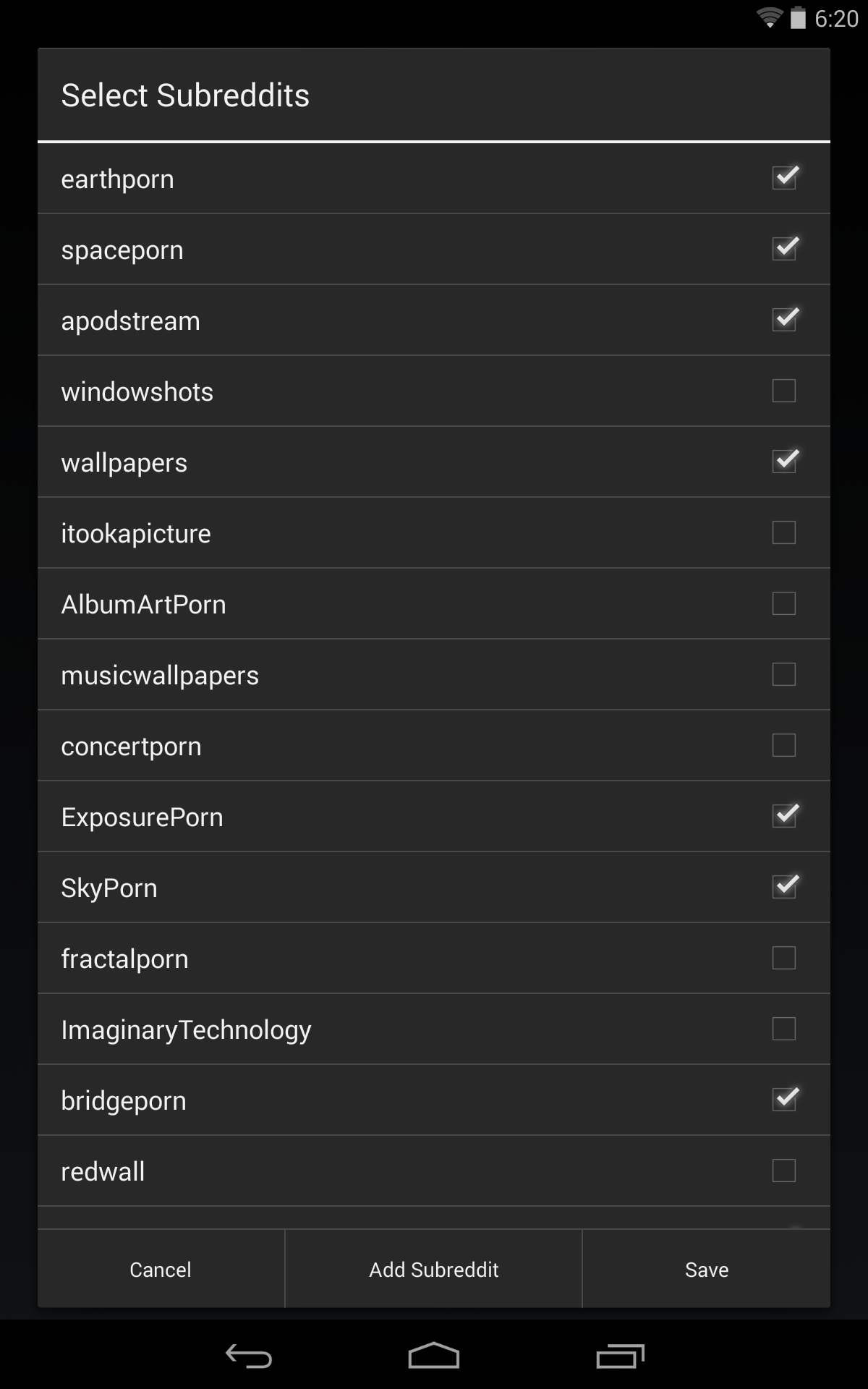 So, that’s all we have got for this month. Be sure to ping us if you see any Muzei extensions you would like to see in our next roundup!