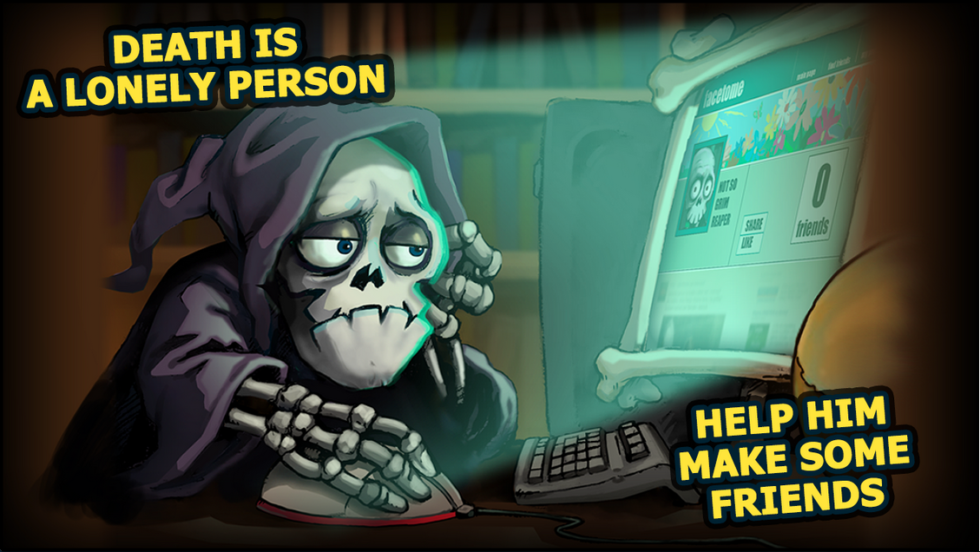 If you were on the hunt for a nice new game to entertain you this weekend, Deadlings is definitely a good candidate. The plot is quite simple, with the main character (Death) going online, only to realize that he has no friends on his FaceTome account. He then has a realization — why not make himself feel better by putting zombies in a factory to work for him? The story is quite pathetic, but the gameplay sure isn’t.

You shuffle through a maze in the game and avoid deathly traps, the point being to get as far as you can get without running out of minions to use for doing this. It sounds fairly simple, but I’ve found that some levels have made me rage at the game due to their progressively harder difficulty.

There are many characters available to play with, each with their own special set of skills, so choose wisely based on the level you’re playing. You’ll end up being able to use all of the characters at some point, as there are over 100 levels to be completed before “Project Deadlings” is finished.

Deadlings is on Google Play for the low asking price of free, so you may as well take it for a test drive this weekend and report back to us letting us know what you think of it. Keep in mind that there is a $1.99 in-app purchase to get the best experience from the game, but it isn’t as in-your-face as IAPs are in some other games.