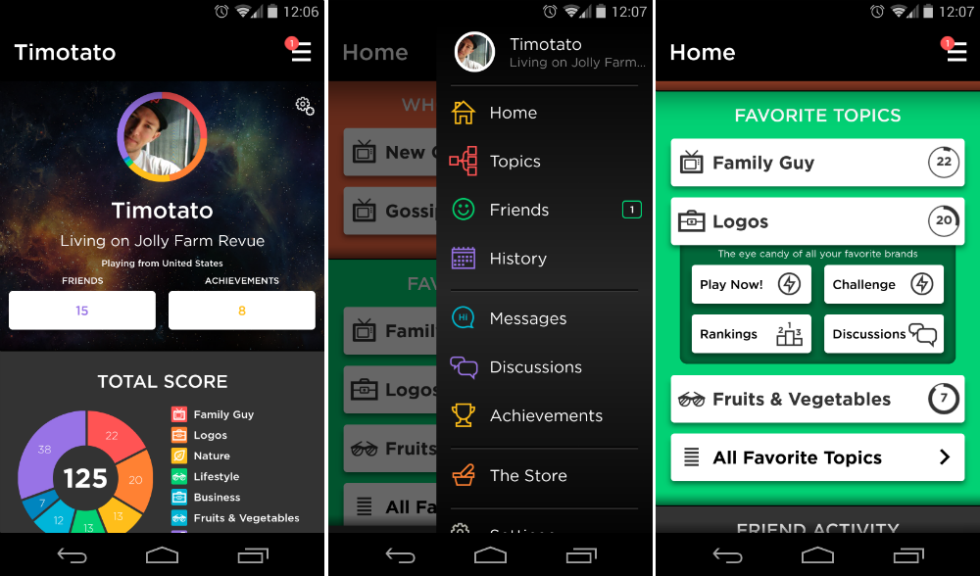 One of the games that has completely taken over my 2014 is QuizUp. Previously only available for iOS, the developers have been hard at work for the past four months on an Android version, with it now finally being available on Google Play for all to enjoy.

QuizUp pits one person against another in a battle of the brains. Players choose topics to play, with each topic containing thousands of different questions. Each round you play consists of six questions, with one double-point bonus question. The more you win in any given topic, the higher ranked you are. If you reach milestone ranks, you earn titles and badges, which you can then show off to your opponents in an attempt to intimidate them.

The game is completely free to download, and the only IAPs currently available are for XP boosters. And no, they’re not necessary at all.

Note: The game does not work with ART, Google’s Android runtime. To be clear, this is not the app’s fault (according to developers), and it’s an issue with ART, which they hope to have figured out in an update to the runtime. Until then, you will need to be using the Dalvik runtime.

Download the game and go stretch that big, beautiful mind of yours!