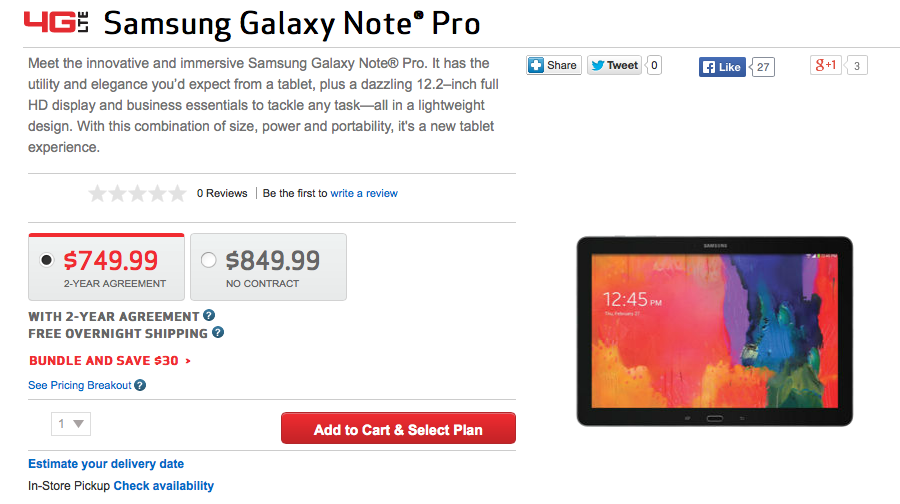 Verizon started selling both the Samsung Galaxy NotePRO 12.2 and LG G Pad 8.3 today. One of them is priced quite reasonably, while the other – well, I’ll let you decide after we tell you the price. The LG G Pad 8.3, a tablet many think is an excellent combination of size and high-end internals, can be picked up for $99 on 2-year contract or $299 without one. Not bad, right?

The Samsung Galaxy NotePRO 12.2, on the other hand, retails for $849 without a contract. While not exactly a steal of a deal, it is an oversized tablet with high-end specs that can probably justify a steeper-than-usual price. But the part that has us feverishly scratching our heads to a bloody scabness, is the on-contract price. If you want to buy Samsung’s new 12.2-inch tablet, and lock yourself in with Verizon for two years, you are looking at paying $749. Woof.

For that price, you could buy two 2013 Nexus 7s with LTE or two G Pad 8.3s and not be locked into a contract. You wouldn’t have the 12.2-inches of glory, but man, do you really need to walk around with a touchable TV?