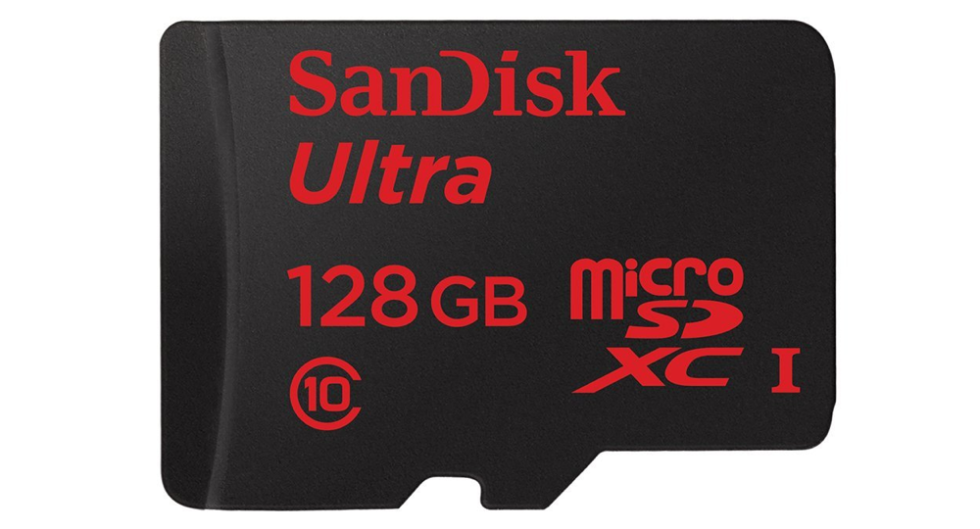 Earlier this week at MWC, SanDisk unveiled their newest UHS-I Ultra microSD card for mobile devices with 128GB of storage. Yes, they doubled the 64GB cards most of your Samsung’s devices can support, but still brought the same Class 10 speeds. We are looking at 30MB/s, water/magnet/shock/temperature proof, and in a package that comes with a regular sized SD adapter.

The new cards originally retailed for $199, but thanks to Amazon, that price was short-lived. These brand new 128GB microSD cards from SanDisk can be had for $119.99. No coupon needed – just a straight up discount.

SanDisk claims that you can store up to 16 hours of Full HD video, 7,500 songs, 3,200 photos and more than 125 apps. That’s a lot of goodies stored on your phone or tablet, assuming your phone or tablet has an SD card slot or supports USB OTG. We are also waiting for word back from SanDisk on an officially supported list, but if your device supports SDXC, you could be OK.