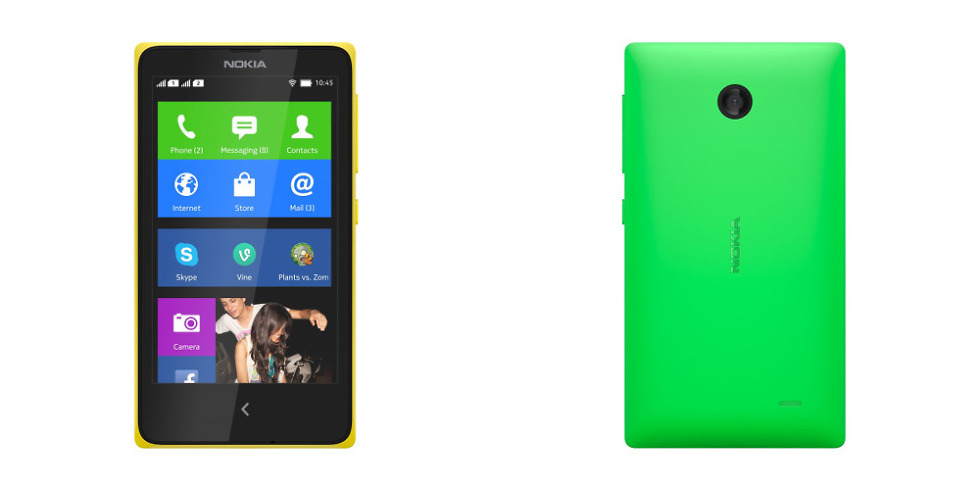 Rumored for months and hypebeasted for no apparent reason, the Nokia X and its brothers, the X+ and XL, are now official. Yes, they run Android. No, you shouldn’t care about them as an Android fan. All of the devices sport the “Nokia X Software Platform,” which means they forked Android, include no Google apps, and are trying their hardest to still get you using Windows Phone, even though these aren’t Windows Phone devices.

All three phones were created for emerging markets, feature insanely low-end specs for a 2014 phone, and are filled with Microsoft services.

Since they run Android, you can sideload almost any Android application, but the Google Play store is not included. You have to download items elsewhere or from Nokia’s store, where I can’t imagine there being many great choices.

In terms of specs, the displays range in size from 4-inch to 5-inch, the cameras are anywhere from 5MP to 3MP, and the RAM never comes close to 1GB on any of them. Again, we’re talking emerging markets here, and phones that aren’t going to be for tech enthusiasts that need the latest and greatest in specs.