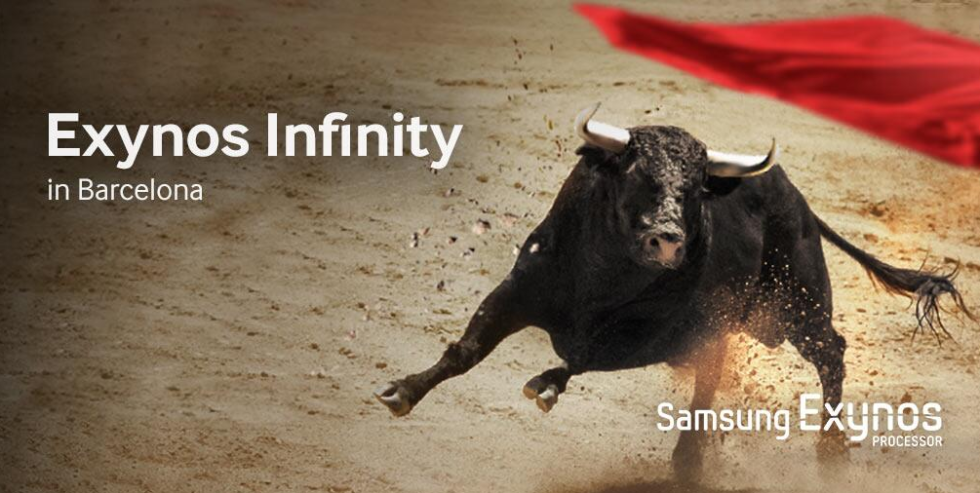 Samsung’s Exynos Twitter account posted an image this morning with the tag “Exynos Infinity, in Barcelona,” a pretty clear hint at there being a new mobile processor ready for arrival at Mobile World Congress next week. The rest of the image includes a bull, but that is likely a reference to Spain and the location of MWC, rather than another hint.

So what is the Exynos Infinity? No one knows at this point. Are we talking Samsung’s next-gen 64-bit processor that will compete with Apple’s A7? Maybe. A recent Linux kernel patch outed a Samsung processor under the codename GH7 that appears to be 64-bit.

Are we talking a next-gen 64-bit processor made for the Galaxy S5 that will also be unveiled next week? Maybe. Then again even it were put in the GS5, we have seen Samsung launch a variety of phones over the years running different chipsets depending on the market. We tend to see Qualcomm-powered phones here, while the rest of the world’s Galaxy line runs on Exynos SoCs. Who knows if U.S. consumers would even be a part of the fun.

We’ll know next week, that’s for sure. Actually, we’ll know on Monday, if not sooner. We often see chipset announcements the day before big mobile devices are unveiled, so keep an eye for something on Sunday.