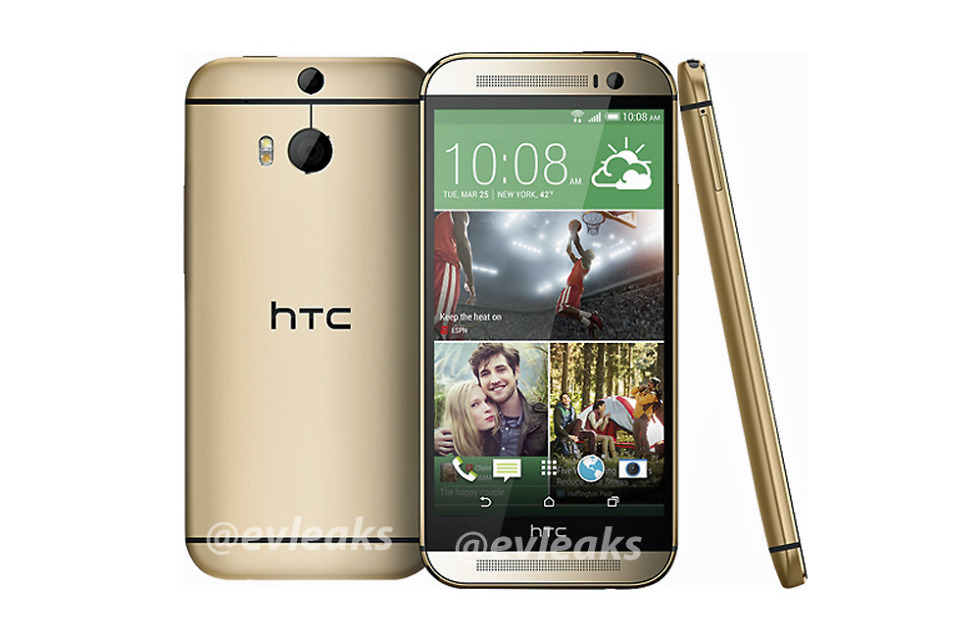 Last night, @evleaks told the world to expect HTC’s 2014 flagship to be called a familiar name – One. Well, for marketing purposes, the “All New One,” because you know, it is the new version after all. So that we don’t have to type out “All New One” each time we refer to it, we will simply be calling it the HTC One (2014). But why call the phone the same thing two years in a row? Because it looks identical to its predecessor, that’s why.

Thanks to another leak from Evan, we now have a press image of the front, back, and side of the device that still isn’t set to be officially unveiled until March 25. While Samsung has kept the Galaxy S5 under wraps with less than a week to go, HTC’s phone started leaking weeks and weeks ago.

So what are we looking at? An HTC One, that’s for sure. The top and bottom corners look more rounded to me, but there still seems to be all sorts of bezel around the display. HTC may have trimmed the side bezel up a bit, but you still have a massive and unnecessary black bar at the bottom of the device to show off an “HTC” logo. Then you’ll be stuck with mega chin and top portions because of BoomSound speakers, though you could argue that those additions are well worth the extra real estate.

The phone looks slightly slimmer, has dual LEDs and dual cameras on the back, on-screen buttons, and that’s it.