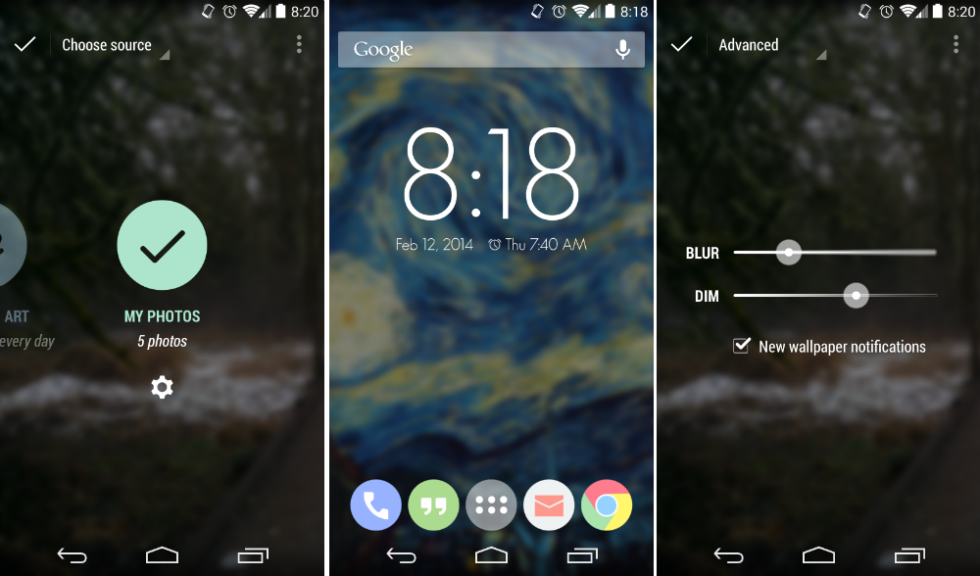 It’s been exactly one year since Roman Nurik introduced the DashClock widget to the Android community. Since then, that app has seen crazy popularity, with many developers building onto its platform with their very own extensions making it even more useful. Apps like DashClock are a prime example of why Android is so sweet. With that said, Roman released a new app to Google Play last night, titled Muzei.

Muzei – Russian for museum – is a live wallpaper app that features famous works of art that rotate out each day to refresh your homescreen. Once applied, you can double tap on your homescreen to focus on the picture – then after a few seconds, the art is blurred out so as to bring the spotlight onto your icons and widgets.

If famous works like Starry Night and the Mona Lisa don’t interest you, users can add in their own pretty pictures to the app, which can be refreshed every hour up to every three days.

Much like DashClock, Muzei is completely open source with an API that looks very similar to Roman’s previous work. For developers hoping to get into the live wallpaper game, go check out the code on his site here.

The app is completely free, so go grab it off of Google Play right now and let us know what you think.