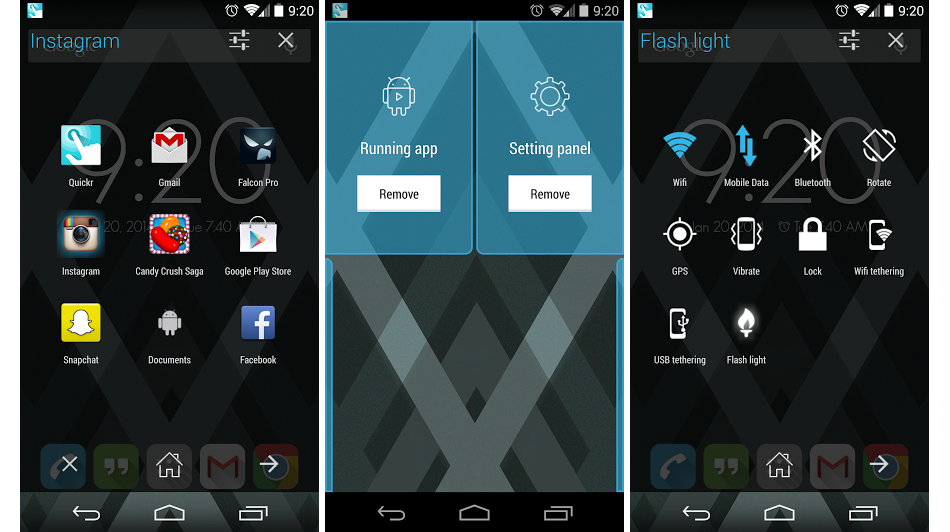 When using our phones, we want to be able to perform certain tasks very fast, such as switching between apps or controlling system settings. For most users, you can press on the recent apps button and switch between whatever app you want or just pull down your notification bar and handle system settings with the preset toggles. There are users out there that don’t have that luxury though or others just want to do it much faster, and for them, there is a new app called Quickr – Action Launcher.

Quickr works right alongside your current launcher, as it adds invisible tabs to the side of your screen, which you can pull out and perform tasks. Once installed, it auto adds two tabs, one on the left and one on the right. For now, you can only have four tabs running at the same time, and they are much more than just recent apps and system settings toggles. For example, you can set up certain task shortcuts, such as the ability to post a new tweet on Twitter or update your status on Facebook. There are a lot of choices to choose from, so you might be surprised at all of the tasks you can perform right from your homescreen’s tabs.

From my time with it, I would say it’s quite well made. The overall design is very nice, taking plenty of cues from Android 4.4, so it’s perfect for up-to-date Android users. Hopefully in the future, the developer will allow for custom icon support, so users can stick to a certain theme they have on their device.

If you have been looking for an app to boost productivity on your phone, check out Quickr on Google Play. It’s free to download, with a premium IAP of just $2.02.