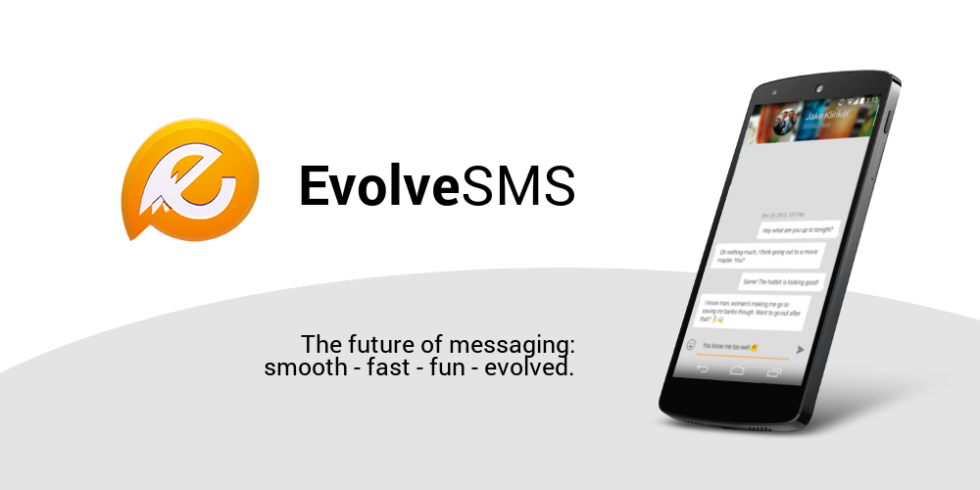 There’s no doubt about it, the Messaging app on Android isn’t great. Though Google’s integrative vision of Hangouts may make the app’s lack of functionality a moot point, the company has a long way to go before SMS is as manipulable and beautiful as it is on some third-party applications. A great example?  EvolveSMS, the successor to Sliding Messaging.

From an interface perspective, EvolveSMS is exactly what you’d expect from the creators of Talon: nearly flawless. Using Android 4.4 KitKat’s transparent nav bar feature to great effect, the UI evokes Google apps in its tasteful use of sliding drawer, Gaussian blur, and animation.

Functionality-wise, the app is pretty limited without the purchase of either a $0.99 customization pack or $1.49 feature pack, but I’d argue it’s still more pleasant to use than Messaging. The customization pack comes with themes, contact photo tools, and night mode, while the feature pack includes Dropbox backups and scheduled messaging among other features.