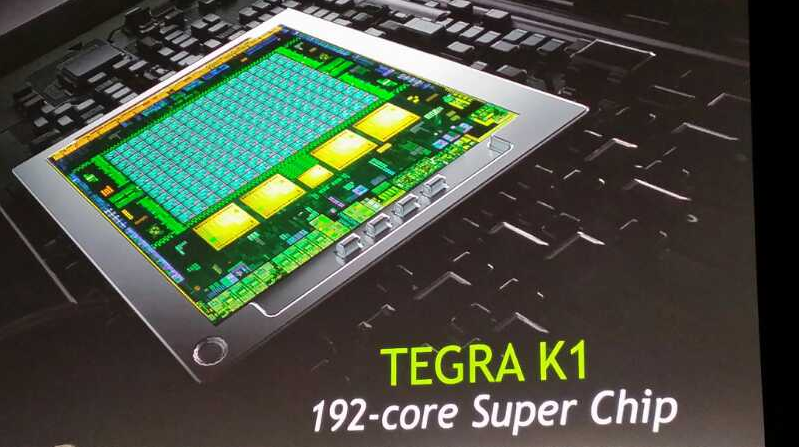 At this point, we still don’t have devices that are running the processor, but we do have a bunch of demos. As you can imagine, the K1 is impressive on a number of levels. If you were looking for the ultimate gaming chip for mobile (or any platform for that matter), this would be it.

Look, this all sounds amazing – mobile devices on-par with PCs – but if we don’t get devices running this power on a mainstream level, it means nothing. Give us hardware partners. According to NVIDIA, we won’t see any devices running K1 until the first half of this year some time, and that’s only for the 32-bit version. the 64-bit version is “expected” to arrive some time in the second half of this year.

TEGRA K1 comes in two versions. First version is the quad-core A15, but the other version is “DENVER” CPU. It’s a full custom CPU, based on ARM V8 64-BIT.

The Tegra K1 processor sets new mobile standards by supporting the latest PC-class gaming technologies, enabling it to run sophisticated gaming engines like Epic Games’ Unreal Engine 4. It delivers advanced computation capabilities to speed the development of applications for computer vision and speech recognition. And its extraordinary efficiency delivers higher performance than any other mobile GPU at the same power level.

“Over the past two decades, NVIDIA invented the GPU and has developed more graphics technologies than any other company,” said Jen-Hsun Huang, co-founder and CEO, NVIDIA. “With Tegra K1, we’re bringing that heritage to mobile. It bridges the gap for developers, who can now build next-gen games and apps that will run on any device.”

Tegra K1 is offered in two pin-to-pin compatible versions. The first version uses a 32-bit quad-core, 4-Plus-1™ ARM Cortex A15 CPU. The second version uses a custom, NVIDIA-designed 64-bit dual Super Core CPU. This CPU (codenamed “Denver”) delivers very high single-thread and multi-thread performance. It is based on the ARMv8 architecture, which brings the energy-efficient heritage of ARM processor technology to 64-bit computing.

“With the introduction of this revolutionary processor, we can take applications that run on PC or console and run it on Tegra,” said Tim Sweeney, founder of Epic Games and developer of Unreal Engine. “From here onward, I think we’re going to see the performance and feature gap between mobile and PC high-end gaming continue to narrow to the point where the difference between the platforms really blurs.”

Stunningly Efficient: Establishing New Benchmarks
In addition to its graphics and compute capabilities, Tegra K1 delivers breakthrough efficiency. The Kepler GPU at the heart of Tegra K1 is 1.5 times more efficient than other mobile GPUs. This results in faster performance in the same power envelope and a better experience for gaming and GPU-accelerated applications.(1)

Kepler — first introduced in desktop and notebook systems, and later brought to workstations and supercomputers — is the world’s fastest and most energy-efficient GPU architecture. Tens of millions of Kepler-based graphics cards and systems have been shipped, including the GeForce GTX 780 Ti.

“Kepler powers all 10 of the world’s most energy-efficient supercomputers,” said Linley Gwennap of the Linley Group. “By scaling this technology down, NVIDIA has set the new standard for what’s possible in mobile devices.”

More details about the Tegra K1 are available at www.nvidia.com/object/tegra-k1-processor.html. 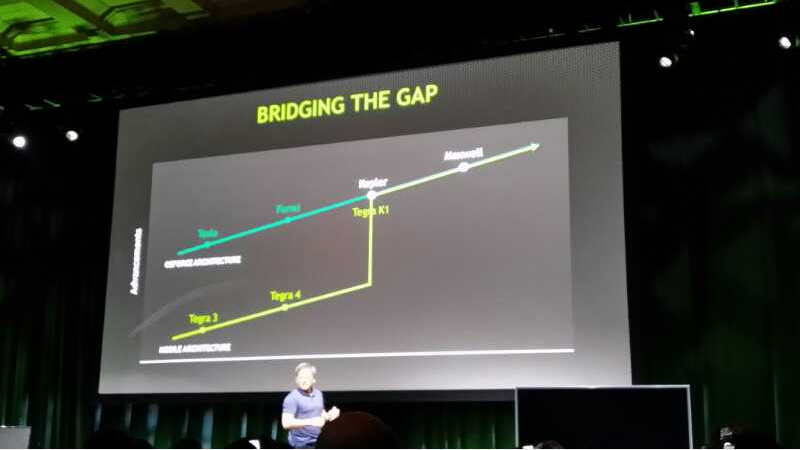