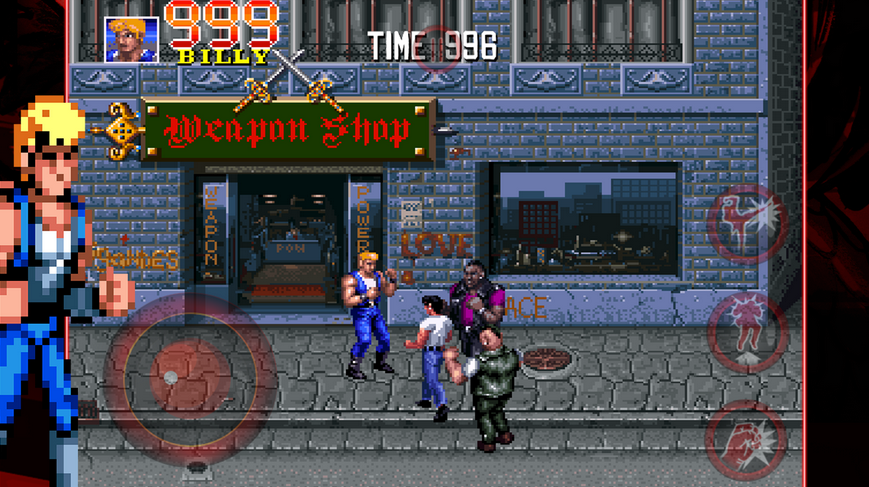 If you played this game back in the day, you will see that all of the old school moves have been included, and this is a great recreation/tribute to the original DD. Check out the full feature list down below.

The game runs at $3, which for all three DD titles in one, that’s a pretty good deal.