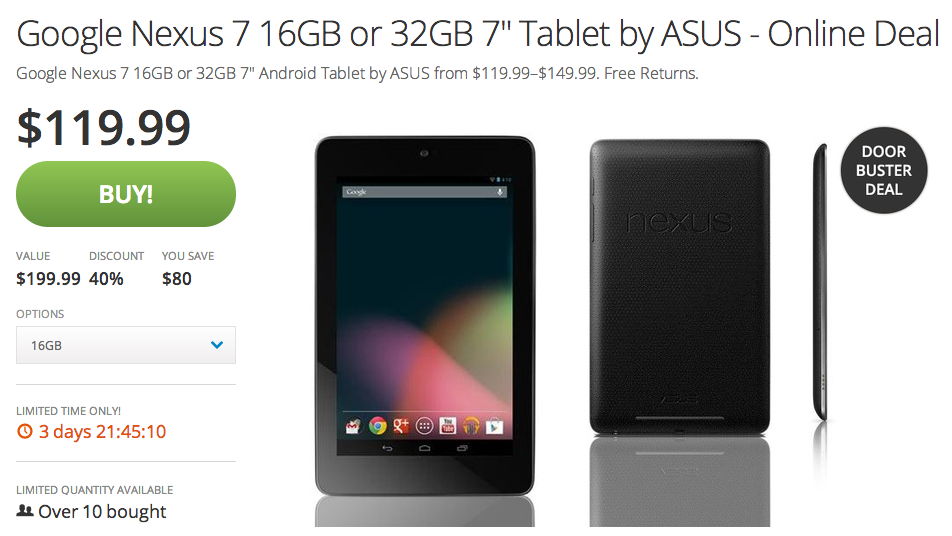 Who doesn’t love a good late night deal? If you answered with an enthusiastic, “I DO!” and also are in need of an insanely cheap tablet that’s still quite capable, think about the latest deal through Groupon. For the next 3 days (or until they run out of inventory), you can pick up the 2012 Nexus 7 (yes, last year’s model) with either 16GB or 32GB of storage. The 16GB variant runs $119, while the 32GB model jumps up to $149.

I know that it might be painful to stomach a 2012 model, but keep in mind that these aren’t even refurbished units like we tend to see from online deal sites. According to the listing, these are brand new, never been touched, Nexus 7 tablets.