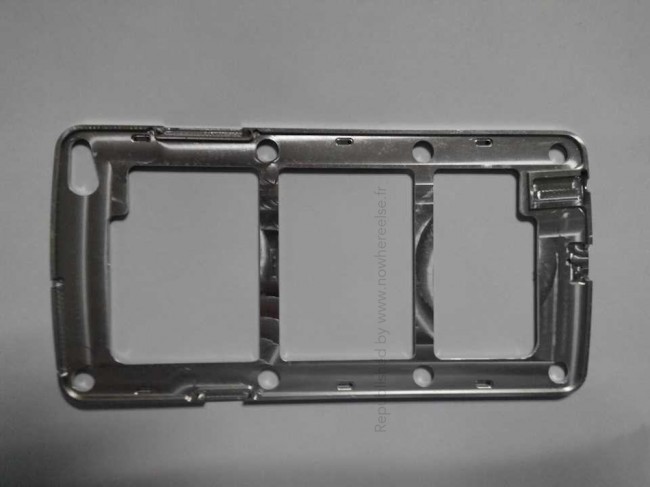 For those who enjoy a good hypebeast on a Friday morning, pictures of a metallic chassis are making its way out of France, being reported as the skeleton for the upcoming Galaxy S5 smartphone from Samsung. Much speculation has taken place over the past few months, with debate going back and forth on whether Samsung would continue sporting plastic bodies or would they move towards a more premium aka metallic body. Each material (plastic and metal) have its ups and downs, but if these pictures are to be believed, it appears Samsung has finally made a switch.

If this is the skeleton for the GS5, then we can already tell you a few things about it. Since we can remember, Samsung has been placing its cameras in the middle of the backside on devices, but these pictures indicate that the camera and flash will be placed on the edge. In addition, Samsung usually puts the headphone jack on top of devices, but here the jack in placed on the bottom. That’s a change we wouldn’t mind seeing, but both of these changes are somewhat major for Samsung’s design style. As the last piece of info we can take, the charging port at the bottom of the device does appear to be large enough for a USB 3.0 plug, and not just a normal microUSB port. Samsung’s latest Galaxy Note 3 sports USB 3.0, so having it inside the next Galaxy wouldn’t shock us. 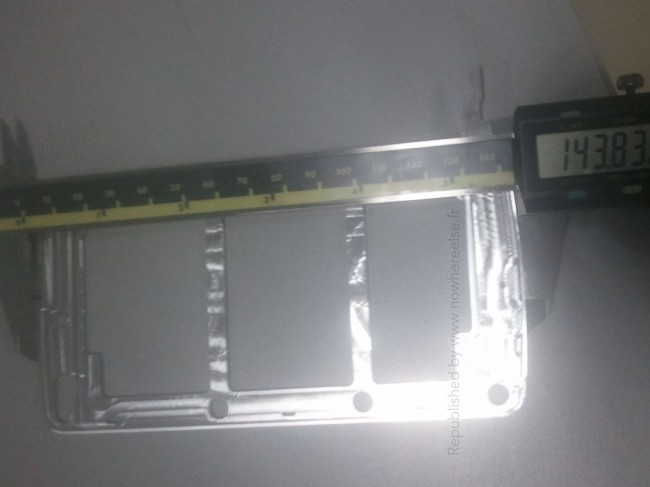 To be perfectly honest, these frames look more like a Nexus 5 body type to us, so it will be interesting to see what Samsung will pull out behind the curtain next year. From the rumors circulating, the company could unveil its next flagship in early 2014, less than a year later after the launch of the current Galaxy S4.

The only thing we can completely confirm at this point, is that the person posing with the chassis in these pictures has long fingernails. Confirmed. 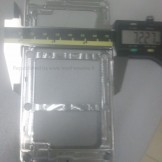 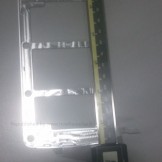 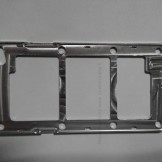 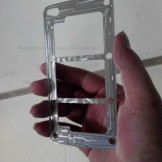