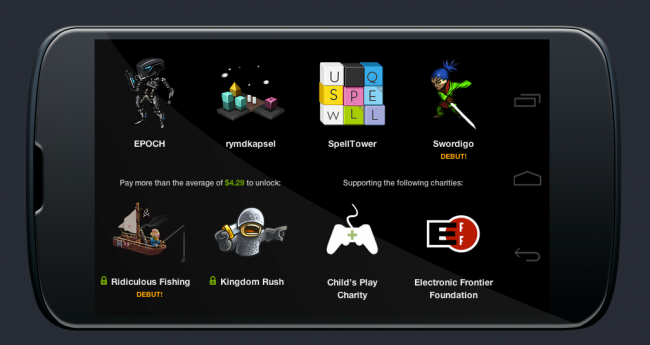 A new Humble Mobile Bundle has arrived, still working towards providing excellent gaming experiences for those who want to benefit charities and hard-working developers. Included in this package are classics such as EPOCH and Kingdom Rush, but also an incredibly special inclusion of Ridiculous Fishing. This game, which is currently available for iOS users, was previously in works to be released onto Android “soon,” and to see it released in a Humble Bundle first  instead of onto Google Play is phenomenal.

The entire bundle can be purchased for just $4.02, but if buyers pay more than the average $4.29, you will get even more games next week. Bundles are solid deals, and we can’t stress the charity aspect enough.