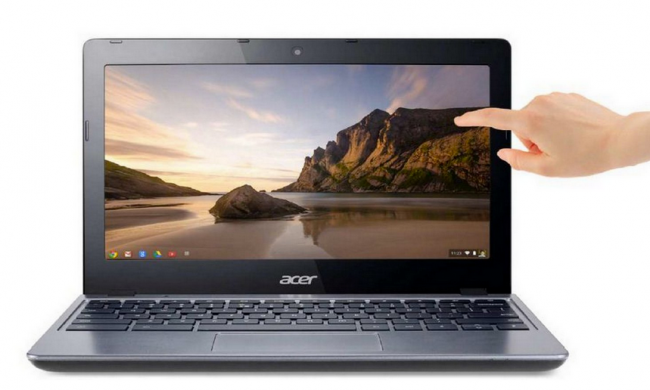 Thanks to Amazon, we now know that Acer is looking to introduce a C7 Chromebook that features an 11.6″ touchscreen display. This laptop, once officially announced, will be the second Chromebook to feature a touchscreen after Google’s own Chromebook Pixel. What’s great about the C7 with a touchscreen is that it appears Acer is pricing this one quite affordably, right around $400. Compared to Google’s $1300 offering, this is dirt cheap.

Other specs include an Intel Celeron processor, 2GB of RAM, 32GB of internal storage, and a Lithium ion battery. So internally and externally, it’s almost the C720-2858, but with a touchscreen.