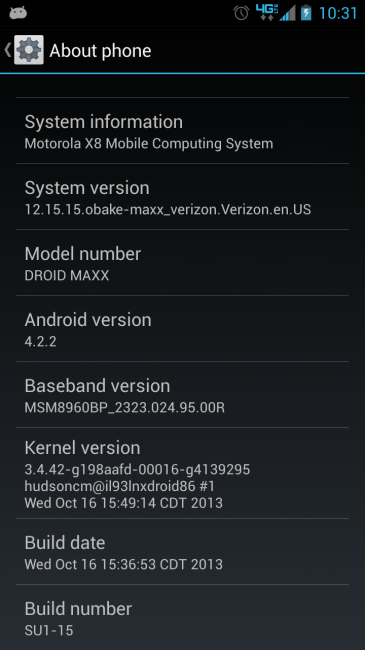 The update that should improve the camera performance and squash a bunch of bugs for the DROID MAXX, ULTRA, and Mini – which Verizon detailed earlier this week – is now rolling out to all owners of these phones. Previously, only members of the soak test for each were receiving the update, but as of early this morning, the update has been made widely available.

Outside of major improvements to the camera, you are looking at a free 50GB of Drive storage through the update, better 4G LTE connectivity, new NFL Mobile app, updated Touchless Control, and improved wireless charging (MAXX and Mini). To see the full list of changes, hit up this post.

Note: If you are rooted, attempting to install this may be a bad move both because you may lose root and it may cause boot loops.