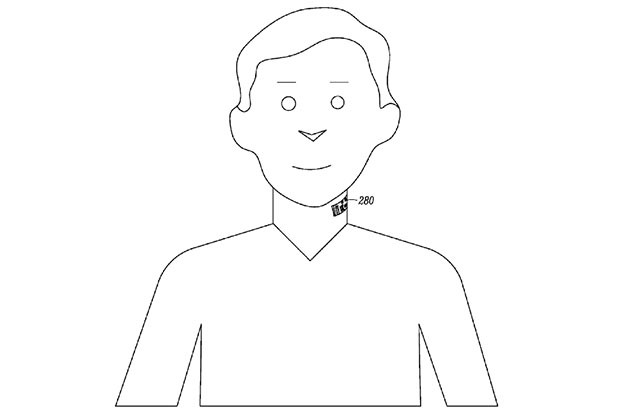 In a case of taking “wearable technology” a bit too far, we have Motorola’s latest application for a patent. The latest tech that Motorola is trying to patent wants to cut down on the pesky background noise you have during phone calls thanks to the space between your mouth and the microphone. Moto wants to cut out the middleman here and put the mic directly on your neck: by tattooing it there. What?

The idea behind this is a solid one. Vibration coming straight from your vocal chords would make a microphone on your neck pick up pretty clear sounds, but who would go this far? It would connect to your smartphone via NFC or Bluetooth, but it would include a battery as well as a microphone. Moto said that this battery “may or may not be rechargeable,” so changing the battery on your neck tattoo might be something you actually have to do in the future.

Can we agree this is a bit too far?