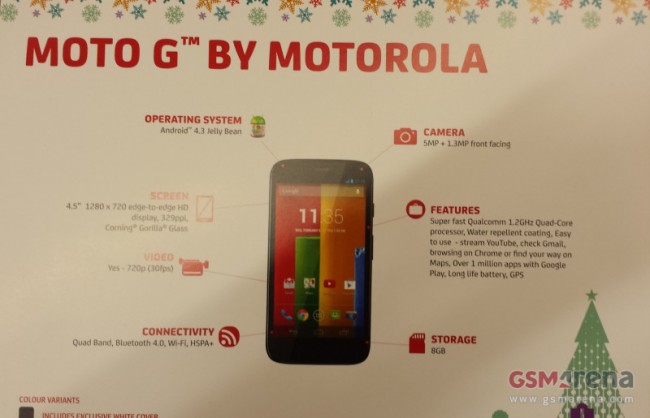 Thanks to a leaked promo card sent to GSM Arena, we can now wrap up any rumors that were surrounding the Moto G. Yesterday during all of the Nexus 5 madness, @evleaks posted up a tweet about a few of the specs you could expect to see from the device. Frankly, they weren’t all that impressive, and today’s leak pretty much confirms our stance.

Given the holiday theme of the promo card, we can expect to see this device around Christmas.

Final thoughts before we never bring it up again?