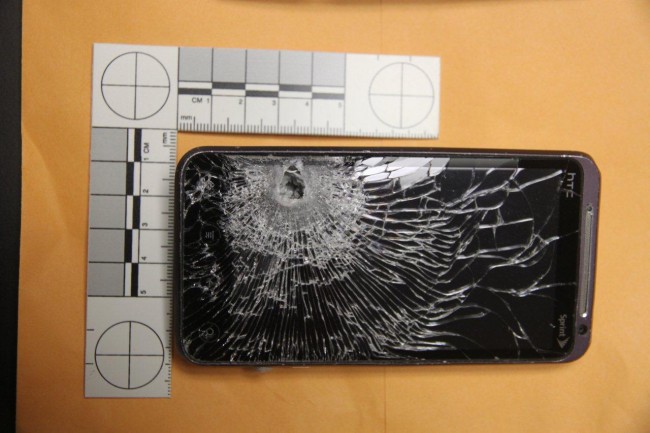 It has been quite a while since we have heard a story about an Android device saving its owners life, but rest assured your phones are always looking out for you. The latest story of handheld heroics comes from Winter Garden near Orlando, Florida. A convenience store clerk only sustained minor injuries after a bullet fired from a robber’s gun hit his HTC phone instead of him.

When he was unable to get the safe open, one of the two robbers in his store fired a round that hit what looks to be his HTC EVO 3D instead of his midsection. Apparently he did not know he had been shot until the police arrived and he had complained of chest pains, further investigation showed his ruined phone. No clue if the phone actually saved his life, but it certainly increased his chances. Let’s hear it for the already-aging EVO taking a bullet for its owner, making sure they were served until the very end. RIP EVO.