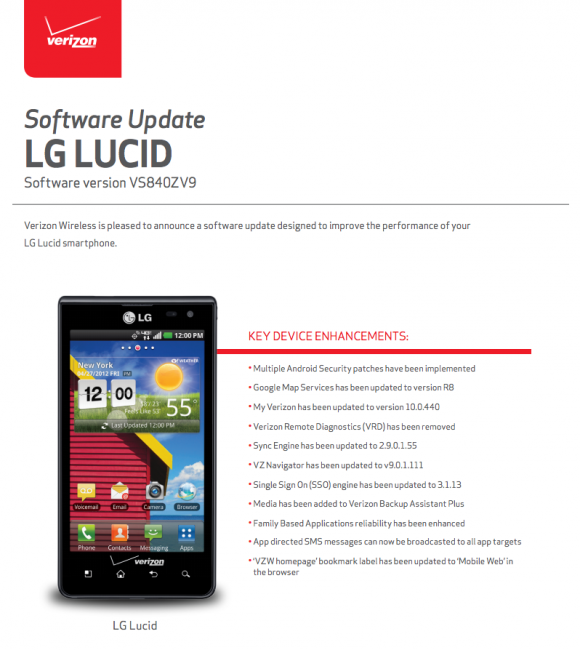 The LG Lucid on Verizon has an approved update on the horizon as build VS840ZV9, its first since January. The update implements “multiple Android security patches,” updates several bloatware apps, and removes Verizon’s Remote Diagnostics tool, a somewhat surprising move. We aren’t sure if the removal is because they no longer want to support the Lucid or if Remote Diagnostics hasn’t worked out as planned. Either way, we’re never disappointed when apps that allow companies to 3rd party-join and control your device are killed.

Typically when support docs arrive we see an update within a week. The update is 80.7MB in size.