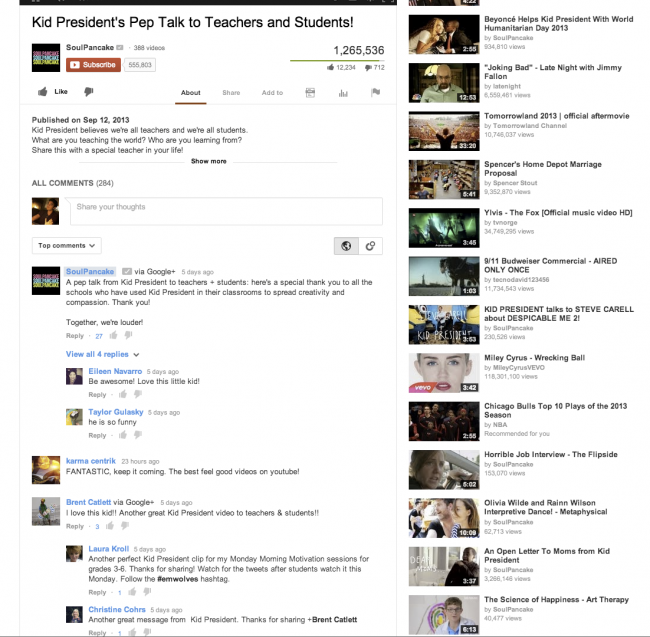 This news isn’t necessarily Android-related, but YouTube is as big of a Google service as any, and we wanted to make sure you were aware. Comments on YouTube videos and in channel discussion tabs will no longer be quite as terrible thanks to the incorporation of Google+ comments. The discussion tab comment overhaul has already begun, but comments in actual video pages won’t rollout for some time, though you can see an example of what they will look like above.

Also, with new comments come new features. For example, as you browse through YouTube videos that have the new G+ comments, you’ll see the comments you “care about” move to the top. In other words, comments from popular personalities, friends in G+ circles, or the video’s creator will be easily seen rather than the trolling responses that fill up popular channels.. The rest of the new goodies can be found below:

I know we often say “it’s about time” when referring to tech products, but holy sh*t, Google, it’s about time we overhauled YouTube comments.

And last, have you subscribed to the Droid Life channel yet? Go do it.