More pictures and details for the One Max (model number 8088) from HTC hit the web over the weekend, this time bringing some of the clearest images we have seen thus far. In these shots, we get a good look at the Max’s user interface that is on the apparent 5.9″ 1080p display, along with a closeup of the pogo pins HTC placed on the backside of the phone.

In addition, it was previously reported that the Max would feature a Snapdragon 800 processor, but it is now shown to be running either a Snapdragon 600 or Snapdragon S4 Pro processor. The S4 Pro is the same chipset that is currently powering the Moto X device and new DROID lineup of devices.

To top it all off, the phone is reported to sport a 5MP camera with UltraPixel technology, 2GB of RAM, a 3,300mAh battery, Android 4.3 and 16GB of storage. Why HTC would feel that 16GB is enough, when even Samsung killed off the 16GB variant of the Note series, remains to be seen.

It is listed from the leak that the One Max should hit the market sometime in October. Is anyone waiting on this device to launch? 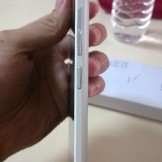 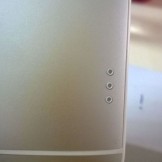 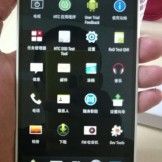 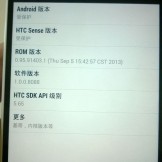